Earlier today, when discussing the various supply-driven actions at the disposal of politicians and markets to reduce the price of oil including SPR releases, core-OPEC surge, and potential lift of sanctions on oil imports from Iran and Venezuela – Goldman said that while such measures could help offset a sizable decline in Russian seaborne exports, they would leave the global oil market with no buffer, still requiring demand destruction through higher prices. In fact, Goldman – as well as JPMorgan, BofA and MS – have also been saying that demand destruction – i.e., a sharp, induced economic slowdown – is the only solution to soaring oil prices.

Well, sure enough, demand destruction is now here, gradually at first and then all at once.

Stratospheric oil prices are flowing through into the plastics industry with producers reducing activity as profit margins collapse, a first sign of the demand destruction that may spread to other sectors.

As Bloomberg notes, several Asian operators of plants that make the petrochemicals used as the building blocks for everything from children’s toys to car interiors have cut processing rates to as low as 80%. The facilities, known as crackers, typically run at or near full capacity.

Speaking to Bloomberg, several traders said that the soaring price of crude and question marks over the supply of oil-derived naphtha – a popular feedstock in Asia – from Russia are challenging the economics of producing plastics in crackers in South Korea, Taiwan and Malaysia. They added that the problems are an early indication of the difficulties Russia’s invasion of Ukraine may create for industries that rely on raw materials.

Think of it as supply-chain chokepoints, and in this case the weakest link is naphta: according to industry consultant FGE, as much as 15% of Asia’s naphtha imports come from Russia and the Black Sea and Baltic regions. But amid the sanctions fallout, many petrochemical plants have paused purchases from Russia, and are also hesitant to buy crude from anywhere at such high levels, given that their finished products won’t be ready for around six weeks or so. Expensive freight rates are adding to the problem and causing companies to cut activity now rather than risk massive losses.

“The situation is very foggy for crackers in Asia,” said Armaan Ashraf, a senior analyst at FGE. It’s a “big risk” to buy naphtha when crude is at $130 a barrel, he said, adding that profit margins are going to stay poor for at least a month.

The premium for prompt naphtha deliveries to Asia over contracts another month out is more than $30 a barrel, compared with less than $10 in early January. The so-called backwardation is another indicator of anxiety over the extremely tight supply situation.

This fiasco also is a harbinger of what will happen to profit margins once soaring commodities pass through the income statement (spoiler alert: they will crash). Indeed, as Bloomberg notes, profit margins from products including ethylene and propylene – which are used to make plastics – were already weak and have shrunk further since Russia’s invasion of Ukraine.

Which brings us to the demand destruction: Taiwan’s Formosa Petrochemical is running crackers at its Mailiao plant at 80% to 85%, while Lotte Chemical Titan Holding has cut run rates at its facility in Malaysia to below 90% and plans to reduce them further if market conditions deteriorate, while Hanwha Total Petrochemical, Lotte Chemical and LG Chem in South Korea have lowered processing by 10% to 20%, traders said.

The cost of producing ethylene from naphtha was $1,200 to $1,300 a ton in Asia last week, but it was fetching only around $1,200 in the market before shipping, according to IHS Markit, part of S&P Global. “The crackers aren’t making money,” said April Tan, an associate director at IHS.

We have also seen demand destruction in a completely separate place and industry: packaging group Pro-Gest has announced a temporary production stop at all of its six paper mills due to exorbitant energy prices.

Italy’s integrated tissue und packaging producer Pro-Gest has announced that production at the group’s’s six paper mills operating in Italy has been suspended. The company said that following the rapid escalation of natural gas prices, now at historic highs, it was resorting the force majeure and had decided to temporarily stop production.

Pro-Gest operates nine tissue and packaging paper machines at its six paper mills. Packaging production is not affected and the packaging plants will continue producing normally for the time being, the company reports.

“We are closely monitoring the war situation and are deeply saddened for the Ukrainian people hoping for an immediate solution to the armed conflict. Also because of the severe tensions we are witnessing, we have to record that the price of natural gas, now more than ten times higher than twelve months ago, has tripled in little more than a week. We will do our best to support our customers by assessing the delivery situation on a case by case basis. We sincerely hope to be able to resume production as soon as the situation allows,” the company said in a statement. 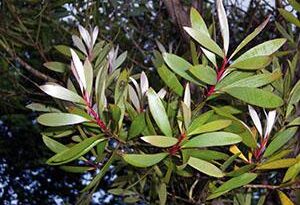 Secrets of natural antibiotics and antivirals