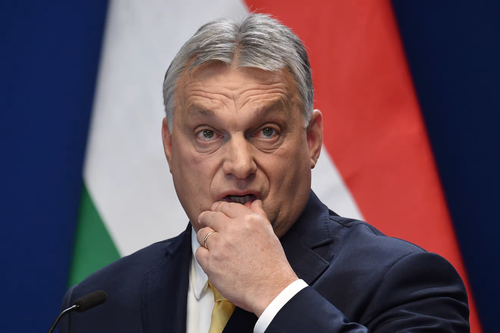 The decree allows the NATO Response Force to be stationed in Hungarian territory west of the Danube River, which is far from the country’s border with Ukraine. The order allows NATO to use Hungary’s airspace, but the NATO forces cannot enter Ukraine directly from Hungary.

The decree also allows weapons to transit through Hungary’s territory to other NATO member states, but it will not allow weapons to enter Ukraine from Hungary.

Hungary had previously avoided involving itself in the fight between Russia and Ukraine and in the NATO military buildup in the region. Orban had vowed to “stay out” of the war.

Last month, before the Russian invasion, Hungarian Foreign Minister Peter Szijjarto said the country would not agree to allow more NATO troops on its soil.

However, as heading a NATO country but also over many years cultivating a positive relationship with Putin, it appears Orban has now sought to walk a fine line:

The government, which has been in a close relationship with Moscow over the past 10 years, has condemned the Russian invasion of Ukraine and agreed to the European Union’s sanctions on Russia.

Hungary reacted negatively to Britain’s troop deployment proposal before the war, and was also resistant to stringent EU sanctions, especially the SWIFT ban

Hungary still hasn’t joined its NATO allies in sending weapons into Ukraine. Last week, Szijjarto said Hungary would not send weapons or allow arms to be delivered to Ukraine through its territory because the shipments could “become targets of hostile military action.”