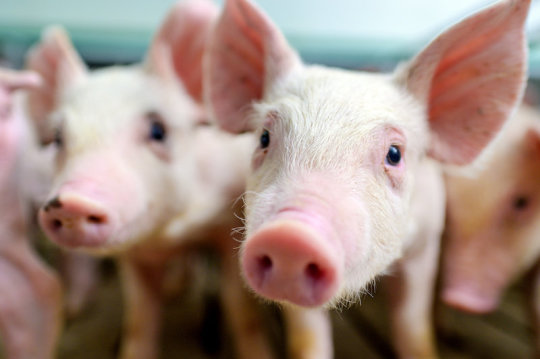 University of Copenhagen – Faculty of Science

We can now decode pigs’ emotions. Using thousands of acoustic recordings gathered throughout the lives of pigs, from their births to deaths, an international team of researchers has translated pig grunts into the emotions they appear to express.

We can now decode pigs’ emotions. Using thousands of acoustic recordings gathered throughout the lives of pigs, from their births to deaths, an international team of researchers is the first in the world to translate pig grunts into actual emotions across an extended number of conditions and life stages. The research is led by the University of Copenhagen, the ETH Zurich and the France’s National Research Institute for Agriculture, Food and Environment (INRAE), and can be used to improve animal welfare in the future.

Is a pig grunt worth a thousand words? Perhaps so. In a new study, an international team of researchers from Denmark, Switzerland, France, Germany, Norway and the Czech Republic have translated pig grunts into emotions. The findings have been published today in Scientific Reports.

Using more than 7000 audio recordings of pigs, the researchers designed an algorithm that can decode whether an individual pig is experiencing a positive emotion (‘happy’ or ‘excited’), a negative one (‘scared’ or ‘stressed’) or somewhere in between. The recordings were collected in a wide range of situations encountered by commercial pigs, both positive and negative, from when they are born until their deaths.

“With this study, we demonstrate that animal sounds provide great insight into their emotions. We also prove that an algorithm can be used to decode and understand the emotions of pigs, which is an important step towards improved animal welfare for livestock,” says Associate Professor Elodie Briefer of the University of Copenhagen’s Department of Biology at the University of Copenhagen, who co-led the study.

The researchers recorded pig sounds in both commercial and experimental scenarios, which based on the behavior of the pigs, are either associated with a positive and negative emotion. Positive situations included, for example, those when piglets suckle from their mothers or when they arere united with their family after being separated. The emotionally negative situations included, among others, separation, fights between piglets, castration and slaughter.

In experimental stables, the researchers also created various mock scenarios for the pigs, designed to evoke more nuanced emotions in the middle of the spectrum. These included an arena with toys or food and a corresponding arena without any stimuli. The researchers also placed new and unfamiliar objects in the arena for the pigs to interact with. Along the way, the pigs’ calls, behavior and heartrates were monitored and recorded when possible.

The researchers then analyzed the more than 7000 audio recordings to see if there was a pattern in the sounds as a function of the emotions, and if they could discern the positive situations and emotions from the negative ones. As already revealed in previous research, the researchers collected more high-frequency calls (such as screams and squeals) in negative situations. At the same time, low-frequency calls (such as barks and grunts) occurred both in situations where the pigs experienced positive or negative emotions.

The situations between the extremes were particularly interesting. With an even more thorough analysis of the sound files, the researchers found a new pattern that revealed what the pigs experienced in certain situations in even greater detail.

“There are clear differences in pig calls when we look at positive and negative situations. In the positive situations, the calls are far shorter, with minor fluctuations in amplitude. Grunts, more specifically, begin high and gradually go lower in frequency. By training an algorithm to recognize these sounds, we can classify 92% of the calls to the correct emotion,” explains Elodie Briefer.

The study of animal emotions is a relatively new field that has come about over the last 20 years. Today, it is widely accepted that the mental health of livestock is important for their overall well-being. Nevertheless, today’s animal welfare focuses primarily on the physical health of livestock. Indeed, several systems exist that can automatically monitor an animal’s physical health for a farmer.

Analogous systems to monitor the mental health of animals have yet to be developed. The researchers of the study hope their algorithm might pave the way for a new platform for farmers to keep an eye on their animals’ psychological well-being.

“We have trained the algorithm to decode pig grunts. Now, we need someone who wants to develop the algorithm into an app that farmers can use to improve the welfare of their animals,” says Elodie Briefer.

She adds that, with enough data to train the algorithm, the method could also be used to better understand the emotions of other mammals. 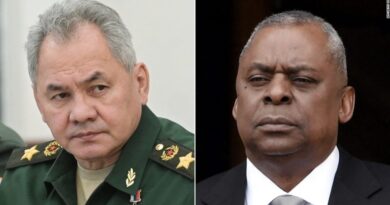