Compared to yesterday’s insanity, the market may still be broken (for details read, the latest note from Charlie McElligott “Where Do We Even Begin With These Broken Markets”), but at least the level of insanity was dialed down.

After tumbling overnight to 4,138, just shy of the previous 2022 intraday low, stock meandered in a tight range before soaring higher more than 100 points after the AFP repackaged an old, almost day-old ABC interview with Ukraine’s Zelensky, in which he suggested he was no longer pressing for NATO membership and which the market took as a new, conciliatory development. As a result, the momentum-chasing algos quickly sent spoos into overdrive, up as high as 4,275… before  markets realized that they are surging on non-news, and retraced almost the entire move higher. And with lack of any other positive newsflow from Ukraine, spoos reversed and slumped lower closing at the lows of the day session, breaching the 4200 level which had been viewed as a critical support for the index.

The move also sparked a sharp swing in oil…

… which had surged to a fresh 14-year-high around the time Joe Biden announced he would impose a ban on all Russian energy exports (oil, LNG, coal but not uranium).

And even though the VIX continued its wild swings, if contained for now by the critical resistance around 35 beyond which all hell tends to break loose…

… there was not enough love for tech names today…

… to allow the Nasdaq to emerge from a bear market, closing down 20% from its all time highs for a 2nd consecutive day.

The latest rollercoaster has not helped the plight of the market sentiment, and as Bloomberg calculates, this is the second worst start for stocks since 1900, with only 2009 worse: 44 trading days into the year, the S&P is down 11.86%, and only 2009’s -24.3% crash through this day was worse (of course, in 2009 the Fed would announce QE in just a few days and everyone knows what happened next). And, as Bloomberg notes, what “troublesome” is that seven of the prior 10 worst years of equity performance through this point also featured a recession.

Of course, what every trader wants to know is how much more downside there is, and unfortunately according to an analysis from Bloomberg’s Simon White, the time to buy the dip will come… but not yet.

Catching a market bottom can therefore be very profitable if you get the timing right. That is why it pays to watch for signs of capitulation. The following charts show that while signs of stress are growing, we have not yet had the sort of capitulatory move associated with previous market bottoms.

Second is advance vs declines, in other words, the cumulative number of stocks on the NYSE advancing minus those declining on a daily basis. This has been falling but is not yet at a level associated with the late 2018 and 2020 lows.

Sentiment is a contrarian indicator. As Warren Buffet put it, “be fearful when others are greedy and greedy when others are fearful”. The American Association of Individual Investors’ Bull vs Bear Sentiment spread has fallen is approaching contrarian levels, but it has room to fall further before a bottom is in.

Put/call ratios are also not yet at elevated enough levels consistent with panic buying of downside protection.

But while everyone has an opinion about what comes next, the truth is that nobody knows what’s really going on as JJ Kinahan, chief market strategist at TD Ameritrade said: “I don’t think the market’s ignoring anything at the moment, to be honest with you. In fact, everything is hyper-sensitive as to what may happen. It’s so fluid and we will see what happens. It’s really tough to predict day-to-day.”

That said, broken markets continue and the biggest shock overnight was the continued short squeeze in Nickel, which exploded to over $100,000, up more than 250% on the day, before being halted by the LME amid a relentless margin call frenzy which left at least one Chinese tycoon billions poorer.

Meanwhile, the flight to safety continued, if not in the “digital dollar” space as Bitcoin continues to just copycat the Nasdaq and trade like a high beta growth stock, then certainly into real gold, which spiked above its all time closing high of $2064, rising as high as $2070 before fading gains.

Curiously, while cash flew into precious metals, it stayed away from the ‘safety’ of US Treasuries, which not only led to continued widening in yields with the 10Y back to 1.86%, a level last seen a week ago despite sliding to 1.66% yesterday…

… only this time the continued blow out in yields has been on the back of Breakevens which today hit a record high of 2.95% while real rates have collapsed.

… as the US economy grinds ever slower, and just as the Fed prepares to hike “six or seven” times as Biden desperately hopes that the Fed can somehow bring inflation lower when all it will achieve instead is usher in the next recession. 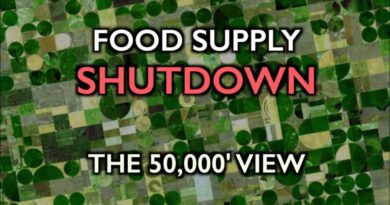 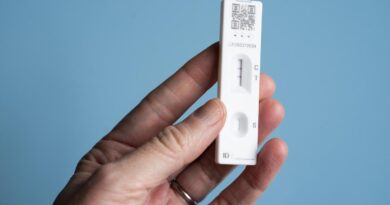 Can The Global Gasoline And Diesel Crisis Be Solved?