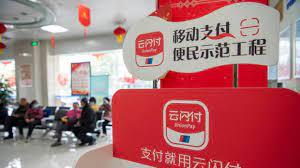 The step, which came shortly after Mastercard and Visa pledged to cease operations in Russia and disconnect all the country’s banks from their payment systems, will enable the holders of new cards to use them for paying and withdrawing cash abroad.

On Saturday, international financial service providers Visa and Mastercard said they would suspend operations in Russia within the next several days due to the latest Western sanctions related to Moscow’s ongoing war in Ukraine. The drastic step makes the use of cards issued in Russia outside the country implausible. Likewise, cards that were issued outside of Russia will stop working in Russia.

Visa and Mastercard are the latest international brands taking harsh moves towards Russia over the Ukrainian conflict. Earlier, companies such as PayPal, Netflix, Intel, Inditex, Airbnb and Rolls Royce announced they were leaving the country’s market.

Russian banks, including Sberbank, Russia’s biggest lender, as well as Alfa Bank and Tinkoff issued announcements regarding the switch to UnionPay due to the latest developments. Some of Russia’s banks, like Pochta Bank, Gazprombank, Promsvyazbank, Sovcombank and several other minor banks had been previously working with the UnionPay card operator’s system.

The Contest Against Inflation Is Being Lost Despite Rate-Hikes