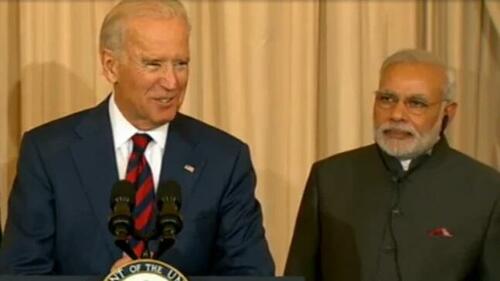 First, Brazilian President Jair Bolsonaro declined to condemn the Russian invasion of Ukraine. Then, India followed suit – as the Modi government attempted to balance its historic ties with Moscow and its strategic partnership with Washington.

Now, Saudi and UAE leaders are refusing to take Biden’s calls as the US president tries to contain surging oil prices, according to the Wall Street Journal, which adds that the Persian Gulf monarchies have signaled “they won’t help ease surging oil prices unless Washington supports them in Yemen, elsewhere.”

“There was some expectation of a phone call, but it didn’t happen,” said one US official of a planned discussion between Biden and the Saudi Crown Prince Mohammed bin Salman. “It was part of turning on the spigot [of Saudi oil].”

Yet, both Prince Mohammed and Sheikh Mohammed took phone calls from Russian President Vladimir Putin after declining to speak with Biden, according to the WSJ. They also spoke with Ukraine president Volodymyr Zelensky.

Biden was able to get through to Prince Mohammed’s 86-year-old father on Feb. 9, however the U.A.E.’s Ministry of Foreign Affairs said the call between Mr. Biden and Sheikh Mohammed would need to be rescheduled, according to the report.

What do they get out of it?

As the Journal notes, “The Saudis have signaled that their relationship with Washington has deteriorated under the Biden administration, and they want more support for their intervention in Yemen’s civil war, help with their own civilian nuclear program as Iran’s moves ahead, and legal immunity for Prince Mohammed in the U.S., Saudi officials said. The crown prince faces multiple lawsuits in the U.S., including over the killing of journalist Jamal Khashoggi in 2018.”

Meanwhile, the Emiratis share Saudi concerns about the less-than-adequate level of engagement by the US regarding recent missile strikes by Iran-backed Houthi militants in Yemen against both the UAE and Saudi Arabia. The two kingdoms are also concerned about the revival of the Iran nuclear deal – which is in its ‘final stages of negotiations,’ yet does zero to address their security concerns.

So for those keeping track, while the west has continued to insist that Russia is isolated – and make no mistake, these sanctions will be immediately crippling – if one considers the population and resources which originate in China, India, Brazil and the Middle East kingdoms – basically half the world’s population and those who control most of the world’s commodities aren’t on board with punishing Putin or easing the situation to the west’s benefit.

And as the Journal points out, “Saudi Arabia and the U.A.E. are the only two major oil producers that can pump millions of more barrels of more oil—a capacity that, if used, could help calm the crude market at a time when American gasoline prices are at high levels.”

Too little, too late?

To date, the Saudis and Emiratis have declined to increase oil production – and are instead holding to the previously agreed OPEC production roadmap. What’s more, their energy alliance with Russia, another top oil producer, has boosted OPECs global reach while bringing the Kingdoms closer to Moscow.

Saudi Arabia and the U.A.E. forged deep ties with former President Donald Trump, who sided with them in a regional dispute with Qatar, pulled the U.S. out of the Iran nuclear deal that they had opposed, made his first trip abroad to Riyadh in 2017 and stood by Prince Mohammed after the killing of Mr. Khashoggi. But Mr. Trump’s decision not to respond to an Iranian drone and missile attack on major Saudi oil sites in 2019 rattled Gulf partners who have relied for decades on the promise of U.S. security protection. Iran denied involvement in the oil facility attacks.

The rift between Mr. Biden and Saudi Arabia’s crown prince stretches back to the 2020 presidential election, when the Democratic candidate vowed to treat the kingdom as a “pariah” state after a Saudi hit team killed Mr. Khashoggi in 2018 in Istanbul. -WSJ

Biden also released an intelligence report shortly after taking office which concluded that the 2018 Istanbul murder of WaPo journalist Jamal Khashoggi was approved by Prince Mohammed – who has denied knowledge of the plot despite close associates having been convicted in Saudi court over the the journalist’s death.

The US president also slammed Saudi Arabia over its long war in Yemen, and cut off weapons that the Saudis were using to target Houthis. Biden also removed Houthis from a list of global terrorist groups, after former President Trump added them.

And on Monday (after Biden was ghosted), White House spox Jen Psaki confirmed that Biden stood by his view that the Saudis should be treated like a “pariah,” and that their leadership has ‘little redeeming social value.’

In an interview with the Atlantic magazine published last week, Prince Mohammed said when asked if Biden misunderstood him: “Simply, I do not care,” adding that the US president shouldn’t have alienated Saudi leaders. “It’s up to him to think about the interests of America,” he said, adding “Go for it.”

So, perhaps don’t call the country that could bail you out of an oil crunch a “pariah” if you might require their assistance. 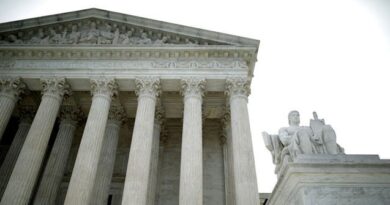