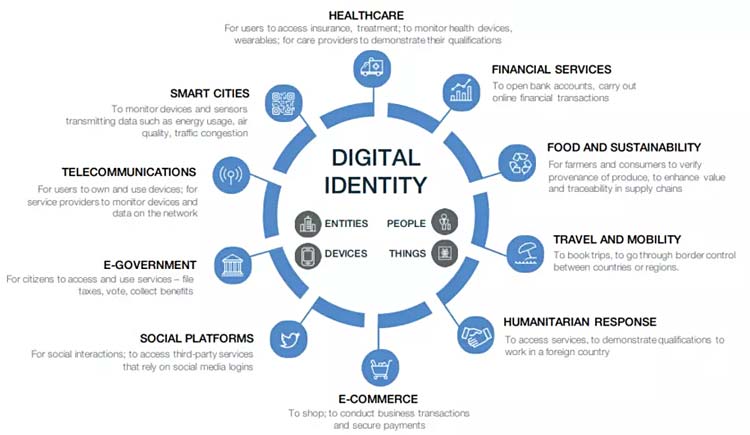 Whether people realize it or not, The Great Reset is a globalist plan that is moving forward at lighting speed. The COVID-19 pandemic was part and parcel of that plan, as detailed in Klaus Schwab’s book, “COVID-19: The Great Reset,”1 but to really fulfill the technocrats’ ambitions, a war of some kind is likely needed. As reported by Dr. Vernon Coleman with The Exposé:2

“Now that they’ve got most people cowering behind the sofa or under the bed because of the fake COVID threat, they have introduced two new threats to the menu: war and storms … they were always going to do this … To keep us on our toes some of the storms will be ferocious. Those will probably be the manufactured ones.

And there will be heat waves, heavy snow falls and probably a tsunami or two (easily created, as I previously explained, with an underwater explosion). You can’t kill billions with bad weather of course but you can push up the prices of food and energy and kill millions through wrecked economies, poverty and starvation.

The recent storms in the UK led to immediate closures of schools and railways (‘just in case a tree fell down and hurt someone’) and the halting of supermarket deliveries. All this was patently overkill to do more damage to society and the economy. We have to remember that population control is one of the purposes of everything that is happening.

Wars are coming too — as they threatened some time ago. We’re clearly heading for another long Cold War with Russia and China on one side and America and Europe on the other.

It is difficult to avoid the feeling that Schwab is behind the scenes pulling strings and if, following Russia’s invasion of Ukraine, the West does decide to intervene militarily, it will be because the conspirators want it to happen and see it as a way to further damage the global economy and cause a few million deaths.

Remember that ruining the global economy is an essential step on the route to the Great Reset. The rhetoric coming from Washington and London certainly suggest that both Biden and Johnson are desperate to exacerbate the situation, cause more terror, push up energy prices and terrify everyone.

Once you realize what their plan is it is easy to see what is going to happen next … Remember: the COVID fraud was just the beginning. The conspirators have only just started their campaign to take total control.”

Sadly, he’s correct. There’s no doubt calamitous weather events and world war have been part of the plan from the start. They need chaos, mass casualties and financial chaos in order to create the desperation necessary for people to give up their freedoms and give in to tyrannical control.

But the stick is not the only tool in the technocrats’ toolbox. They also use carrots, and perceived convenience is an oft-used one. Case in point: digital IDs. The World Economic Forum (WEF), founded by Schwab, has for years promoted the implementation of digital IDs, and ensuring that everyone on the planet has a legal, digital identity is part of the United Nations’ 2030 Sustainable Development Goals.3

“Convenience” is a key incentive for digital IDs. With a central digital ID on your phone (and eventually an implanted chip), you’d be able to do everything from checking into a doctor’s office to securing a mortgage.

In an article4 arguing for digital IDs, the WEF also stresses that millions of people who flee their homelands due to war or persecution cannot secure refugee status due to the fact that they lost their identity documents in the confusion. Apparently, they want us to believe that no one would ever flee a situation without the cell phone holding their digital identity. Or perhaps they’re jumping straight to implants?

They also claim nearly a billion people have no legal identity and therefore cannot open a bank account, get a loan or vote. But is that really justification enough to foist digital IDs on everyone, whether you have a real need for it or not? No, it’s not about need. It’s not about convenience. It’s about them getting control over us.

Financial Transparency — Who’s It Really For?

In that same article,5 the WEF reviews a digital ID app with an ingenious “transparency engine.” The argument is that this feature would enable charities to “follow the money they send to projects.” This way, they can account for where all the donations went.

The Canadian Freedom Convoy and prime minister Justin Trudeau’s invocation of the Emergencies Act offered a rare glimpse into the power they want over your finances. They want to be able to single out every single person that contributes to an anti-establishment cause, even if it’s just a few measly dollars, and seize everything you have in retribution. Trudeau had to invoke extraordinary emergency powers to do that.

I really cannot overstate the danger of digitizing and linking together all of your personal records. As noted by the WEF itself, our digital identity “determines what products, services and information we can access — or conversely, what is closed off to us.”6 Doesn’t that tell you everything you need to know?

Understanding the Scope of ‘Digital Identity’

In an article on The Sociable, Tim Hinchliffe warns:7

“Your digital identity can be used against you in the event of a great reset … [W]hile digital identities show great promise towards improving the livelihoods of millions, they are also used by authoritarian governments to profile and police citizen behavior under a social credit system.8

The idea behind digital identities is simple enough. All the data collected from every online interaction you make with the private and public sectors goes into forming your digital identity. This data can include your personal:

By connecting your every online/offline interaction, the WEF envisions your digital identity being linked to:

•Every financial transaction you record

•Your location and where you travel

•What you buy and sell

•The websites that you visit

•How much energy you consume

Thus, your digital identity becomes an account of your social behavior, which can be policed … [T]here will be a class system where people are given access to privileged information, products, and/or services based on the data recorded in their digital identities.”

The graphic below, from the WEF, illustrates their idea of how your digital identity will interact with the world. Every last thing you can think of is to be connected to your digital identity, and your behavior, beliefs and opinions will dictate what you can and cannot do within society. It will unlock doors where someone like you is welcome, and lock the ones where you’re not.

If you think the idea of vaccine passports is insane, wait until your access to critical infrastructure and services is dependent not just on your vaccination status, but also what books you’ve bought, what ideas you’ve shared, and who you’ve given money or emotional support to.

The Difference Between Identification and Digital Identity

Hinchliffe accurately notes that there’s a big difference between identity and identification. Identification refers to documents that prove you are who you say you are. A digital identity is NOT merely a form of identification. As you can see from the short-lists above, it’s much, much more. Your “identity” is who you actually are, and a digital identity will keep a permanent record of your choices and behaviors, 24/7.

“Identity encompasses everything that makes you unique,” Hinchliffe notes,9 “and your identity is what the WEF is really interested in. Step out of line, and every social media interaction in which you partake, every penny you trade, and every move you make can be used against you.”

Indeed, having access to everyone’s digital identity is the key to successful manipulation and control of the global population. Writing for Coin Telegraph, hacker and tech executive Trent Lipinski also pointed out that:10

“With a few tweaks of code, blockchain can be corrupted by authoritarians to build social credit enslavement systems. If world governments legislate encryption technology for their own purposes and pervert consensus mechanisms for their own centralized enslavement systems, we will end up with digital currencies that can be used against the people of the world.”

People aren’t merely confused about what digital identity actually entails. Most also don’t understand the intended scope of the Fourth Industrial Revolution, another concept invented by Schwab and promoted through the WEF.

Schwab and his technocratic allies dream of turning mankind into cyborgs with limited or no capacity to free will. The inability to comprehend or accept just how twisted and power hungry these individuals are, is a psychological hurdle we need to overcome.

The Fourth Industrial Revolution is really just another name for transhumanism. I suppose they decided it would be easier to fool people with that term than to call it what it actually is.

Schwab and his technocratic allies dream of turning mankind into cyborgs with limited or no capacity to free will. My guess is that for most, that sounds more like what nightmares are made of. The inability to comprehend or accept just how twisted and power hungry these individuals are, is a psychological hurdle we need to overcome.

Schwab himself has stated that “the Fourth Industrial Revolution will lead to a fusion of our physical, our digital, and our biological identities.”11 Beyond your own “enhanced” 5G cloud-connected self, the WEF foresees a near future in which everyone’s digital identity is connected to each other through an Internet of Bodies (IoB).12,13

Warning About The Next COVID Booster