In his book, titled “Super Imperialism: The Economic Strategy of Imperial America” — updated and expanded in its 3rd edition — super-analyst, Distinguished Research Professor of Economics, Michael Hudson, explained the following:

Money printing madness by the Wall Street owned Fed finances US reckless spending, corporate takeovers, speculative excess, economic crises, militarism and belligerence on steroids, along with a culture of violence at home and abroad at the expense of democratic freedoms, beneficial social change, as well as human and civil rights.

In his updated edition, Hudson explained that US efforts to preserve Its financial hegemony created created cracks in the international economic order.

“When the US payment deficit pumps dollars into foreign economies, these banks (have) little option except to buy US Treasury bills and bonds which the Treasury spends on financing an enormous, hostile military build-up to encircle (today’s) major dollar-recyclers China, Japan and Arab OPEC oil producers,” Hudson explained.

Nations allied with the US finance their own decline on the world stage — notably European ones.

By pouring countless trillions of dollars down a black hole of waste, fraud and abuse in pursuit of global hegemony, the US has been financing its own decline.

Yet the myth of American exceptionalism, the indispensable state, an illusory moral superiority, and military supremacy persists despite hard evidence debunking these notions.

Since the height of its post-WW II preeminence on the world stage, US decline has been ongoing in recent decades, notably post-9/11.

In hindsight ahead, its escalated war on Russia by other means may have accelerated its fall from grace on the world stage — taking Europe with it.

In a new article, titled “The American Empire self-destructs. But nobody thought that it would happen this fast,” Hudson explained the following:

Like other empires in world history, hegemon USA’s fate is on a path it “sought to avoid…as it dismantles itself in not-so-slow motion.”

“But nobody thought that The American Empire would self-destruct this fast.”

It’s happening in plain sight by shooting itself in foot.

Key longterm is how its all-out war on Russia by other means made its ties that bind with China stronger.

US policies “are driving other countries into their emerging Eurasian orbit,” Hudson explained.

Is China next on the US target list for economic war — a nation free from its control that’s on a fast track toward becoming the world’s leading economy?

The US tolerates no nations free from its control.

Notably not ones able to challenge its hegemony politically, economically, technologically, or militarily on the world stage.

Washington has been advancing its hostile to peace and stability Indo/Pacific footprint in a part of the world where it doesn’t belong for years.

As the only nation able to challenge US economic hegemony on the world stage, US policymakers seek to marginalize, weaken, contain, and isolate China.

They seek to undermine the country politically, economically, financially, technologically and perhaps militarily — at the risk of direct confrontation.

China is an economic, industrial, and growing technological powerhouse.

Russia’s super-weapons exceed the best in the West — developed and produced at a small fraction of Washington’s bloated military budget.

A Sino/Russian alliance is key to deterring US rage for global dominance by smashing one nation after another economically and militarily to get there.

Trading in their own currencies lets China, Russia and other countries  bypass dollar hegemony.

Hudson explained that escalated US sanctions war on Moscow “block(ed) Europe, Asia and other countries from trade and investment with Russia, Iran and China…”

The draconian policy “imposed…the cost of lost opportunities on US allies.”

“(C)onfiscation of” Venezuelan, Afghan and Russian gold, along with virtual theft “of bank accounts of wealthy foreigners…ended the idea that dollar holdings…are a safe investment haven when world economic conditions become shaky.”

The harebrained Biden regime policy is “forcing…nations not locked into the US orbit to see the writing on the wall and overcome whatever hesitancy they had to de-dollarize.”

US hostility toward Russia forced its policymakers to “build up (the country’s) means of self-reliant agricultural and industrial production.”

It’s likely to break with the US economically and financially altogether.

Will China, India and other nations follow Russia’s path “by converting dollar and euro holdings into gold as an asset free from political liability of being held hostage to the increasingly costly and disruptive US demands?”

Will European countries awaken to the realization that they’ve been conned by hegemon USA throughout the post-WW II period to serve its interests at the expense of their own?

According to Hudson, what’s going on is pushing things toward a “new international economic order…”

While it’s unclear precisely what form it’ll take, it’s coming at the expense of US hegemonic aims.

“US/NATO aggression against Russia (is) a catalyst for driving much of the world away from the US/NATO orbit.”

The price of US imperial arrogance is costing European nations dearly.

Will they cease serving US interests  by focusing mainly on their own?

Will soaring energy, food and other costs push Western and other economies over the edge into protracted stagflation or depression?

Will businesses throughout the US/West go under in increasing numbers because of unaffordable costs?

Will poverty and deprivation soar more than already throughout the West?

Will voters through the bums out?

Will new bums replace them or a different breed?

When the dust finally settles ahead on all things Russia and Ukraine, will it be clear to the world community of nations that US-dominated NATO regimes shot themselves in the foot?

Will the price of imperial arrogance have final say? 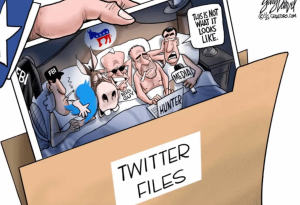