The Ministry of Defense of the Russian Federation has often turned its attention to the military-biological program rolled-out on post-Soviet space by the Pentagon, including the Ukraine, which housed 30 biolabs that could be divided into “scientific research” and “sanitary-biological”.

The funding agency of the work is the ministry of defense of the US, DTRA (the Defense Threat Reduction Agency). The work is carried out by a military department of Black & Veitch.

Their work is tasked across 3 directives: 1) monitoring the biological environment around military locations of NATO; 2) Repatriation of dangerous pathogens to the US; 3) Research on potential agents for biological weapons specific to this region and that have natural foci and can be passed on to people.

For example, the Pentagon has been monitoring diagnosing [with a view to prevent] zoonotic diseases among the armed forces of the Ukraine – with funding of $1.8 million.

In 2020-2021, on Ukraine territory, the ministry of defense of Germany studied the pathogens of the Crimean-Congo hemorrhagic fever, leptospirosis, meningitis, hantavirus – as part of an agreement between the two states to guarantee biological safety on the outer borders of the EU.

Under the pretext of studying the prophylaxis for the coronavirus infection, thousands of samples of DNA have been sent from the Ukraine to Water Reed National Military Medical Center – importantly, belonging to the Slavic ethnos.

We have been tracking the activity of these biolabs since 2014 and note that the so-called US program to “reform Ukraine’s health system” has resulted in an uncontrolled increase in sicknesses, highly-dangerous and economically destabilizing infections in the territory of Ukraine, an increase has been observed in instances of rubella, diphtheria and tuberculosis. Instances of measles have increased 100-fold.

The WHO acknowledge Ukraine as having a high probability for a polio outbreak.

We believe that in 2007, the African Swine Fever of high contagion was overseen by the Pentagon. It caused significant economic harm to a number of states, including Poland and Ukraine, excluding them from exporting pork.

The Ukraine minimizes the impact of these labs on its territory. Our data shows that these programs are being urgently rolled-back.

Having analyzed the documents, we see that the ministry of health of Ukraine ordered to destroy the pathogens in these labs on 24 February, 2022.

At that, the instructions given suggests the destruction of pathogens is irrecoverable. It looks like everything that is necessary to continue these programs has already been taken out of Ukraine.

Among the destroyed were the plague, anthrax, brucellosis in Lvov’s laboratory, pathogens of diphtheria, salmonella, dysentery in Kharkov and Poltava labs.

The nomenclature and the excess amounts of biopathogens confirm the existence of military biological programs.

The curators in the Pentagon understand that if this collection were to find their way into the hands of the experts of the Russian Federation, then it would be determined that the US and the Ukraine broke the convention on the prohibition of biological and toxic weapons, particularly the ban on the enhancement of pathogens of microorganisms via synthetic biology.

Only this can explain the speed with which this took place. This is just a small selection of documents – we are continuing our work and will continue to inform you. 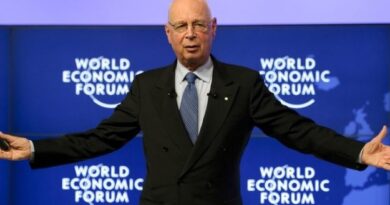 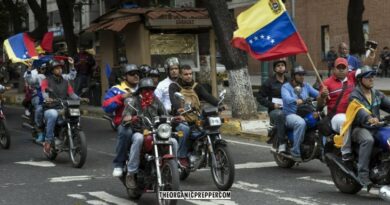