Crazy insane, got no brain.

“Break a leg. You’re a natural. We got your back.”

Insane In Ukraine
President Volodymyr Zelensky is as much a puppet dictator of a dysfunctional Oligarchy installed through elections by global managers as Joe Biden is a puppet President of a dysfunctional Corporatocracy installed through elections by global managers. You cannot talk about either without being slandered a “conspiracy theorist”. The discerning mind knows there are no more conspiracy theories. The phrase itself was invented as a misinformation tool by the CIA to smear those who asked too many inconvenient questions after they assassinated a President in 1963 right in front of Abraham Zapruder’s camera and the world. No matter how many holes there are in a prepared narrative, including obvious coups, assassinations and lately western fixed elections, one is just supposed to shut up and not believe their lying eyes. Now we are told to shut up and believe Ukraine is a “democracy” fighting to defend “liberal values” and Zelensky is a brave leader defying evil aggression.

The hero worship of Zelensky making the rounds on the propaganda outlets and being amplified on attention networks is the stuff of legend. War is always just propaganda. The servants of power in the Ukrainian Borg, and the war hawks in both parties and their echoes of the blue check brigade across the west want people to believe a hypothetical “western liberal” future wouldn’t be a near first in that poor vassal state, but never mind the facts, in the fog of war propaganda it’s a time for emotions only.

The comic’s performances have been spectacular feats of western manipulation, guilting countries like Germany and Sweden to send more weapons that will likely require a thank-you card from Putin. The comic continues to engineer attention network mobs to pile on the increase of sanctions that will hurt the mobs more than Russians. He’s definitely still a comic, but he’s now also a dangerous lunatic who wants to bring the whole world down with his corrupt regime. With the western corporate-state media propagandists manipulating the Ukrainian Borg who are incessantly cheering him on, this will not end well. The comic’s demands become more insane by the day.

We call on all civilized countries to impose an embargo on Russian oil products, ban Russian citizens from entering your territory and disconnect Russia from SWIFT. We call on NATO, Europe, the United States to close the sky over Ukraine.

Comic suicide pact translation: “Russia is uncivilized despite us poking them for years in exchange for billions in US Aid that we funnel to U.S. Elites or their sons like Hunter Biden. Banning Russian energy will destroy the people of the west who will pay enormous amounts for natural gas and petrol, but isn’t that a small price to pay for solidarity with me, the chosen puppet of Ukrainian oligarchy? Disconnecting Russia from swift will send them further into the arms of the dragon and Iran setting the stage for world war three, but isn’t that a small price to pay for me, the puppet of western hyenas?”

This will not mean your military confrontation with Russia. This will mean that you have stopped the war, and your descendants will remember you as heroes. For our part, we will continue to defend our own land, we will not give up and we will destroy our enemies.

Comic suicide pact translation: “You can be heroes and stop the war. I know I could do it in one minute by phone but the hyenas won’t let me. What do you say western civilization, stand with us and help us keep poking the bear by sacrificing thousands of Ukrainian civilians so I stay in power and the media keep calling me a hero?“

A real hero would take his ill gotten gains and walk away to play the funny bone or the laugh factory, thereby saving thousands of his compatriots lives. Unfortunately for the Ukrainian people the comic and his buddies are intent on using them as cannon fodder for western propaganda campaigns and their incessant bear poking operations. Arming civilians in Kiev who don’t know anything about firearms and putting them in the battle is a cynical ploy to make them victims for western media propaganda campaigns.

Unfortunately for Europe and the west, the comic is calling out Papa Dementia for not sending in U.S. forces to defend his Oligarch puppet regime which has enriched Papa Dementia and his crack head son. The Ukrainian money laundering machine is on the verge of collapse. Where will Papa dementia, his son, John Kerry’s son, Romney’s son, Pelosi’s son and others in the west be acquiring dirty money from US Aid if not washed on the boards of Ukrainian energy companies? There’s a lot at stake and the comic’s lips are getting pretty loose. We all know what happens with loose lips. Let’s hope he doesn’t board a CIA leased helicopter if Kiev falls.

The bear has growled and is presently doing some light mauling, though it’s not going as quickly as planned. The west are all still eager to embrace their inner hyena and be stupid and treacherous, endangering the world by threatening for the first time in history, a direct conflict between two nuclear super powers. Insanity doesn’t even begin to describe the mess in Ukraine that could be ended with one phone call.

Narrative Managers
The corporate-state propagandists have been hard at work selling the world one lie after another. War is their time to shine and after two years of Silent War propaganda, they’re good and ready to deliver some proxy hot war gems. All of it designed to manipulate the unthinking masses who outsource their brains to the narrative managers and resort to expressing their manipulated feelings as if they were valid. Whenever panic and hysteria kick in, people shut their brains off and you’d better be feeling what they’re feeling or they’ll get angry. The latest feelings we’re all supposed to have is that Putin is evil and Russia is a monster state. Putin is one of the smartest and most rational statesman alive and while he may be corrupt and a dictator, he certainly shares many of the same qualities as Biden, Trudeau, Macron, Ardern, Johnson and other western corrupt traitors who lock up their citizens, suspended civil liberties, jail political opposition and force toxic bioweapons on millions of their innocent unsuspecting citizens. How are they any less evil? Trudeau just seized bank accounts of law abiding citizens, working class peaceful protestors. The things they want us to believe.

In International Relations theory Putin is simply doing what any smart leader would do. He’s cleaning up a mess at his border that has been out of hand for eight years. He tried the diplomatic path and was rebuked at every step by a CIA and Pentagon controlled western executive branch, under Obama, then Trump and now especially under Biden. They funneled more money, more arms, and spread more lies about Russia each year, blaming Putin on CIA and FBI domestic coups, on election meddling that was actually done by Clinton and Obama, and now after twenty years of poking a bear who is finally growling a bit, they want to paint him as a lunatic dictator who will start world war three. They’re even saying he suffering mental effects of “long covid”.

You’d really need to have kept your head in the sand the past two decades to buy a word of it, and yet millions around the world are eating it up as truth. The only truth is that the propagandists aren’t even very good at what they do. In fact you might say they’re getting pretty sloppy. 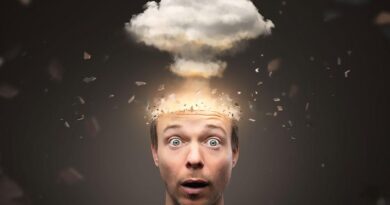 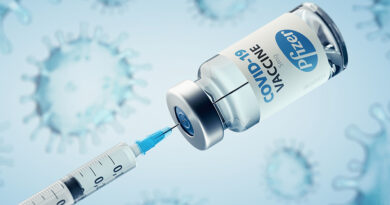