It seems that the proof of the US biolab operations in Ukraine are so strong that the US spin doctors are now forced to jump over the usual deny/no comment phase.

Of course, the biowarfare labs are for peaceful warfare. 🙂 As are the $$billions worth of arms that the Money Changers had been flooding into Ukraine before the Russian intervention.

But the freedom and peace loving MSM knows nothing about that. It’s not part of the script it’s supposed to spruik.

“US Under Secretary of State Victoria Nuland has confirmed that Washington has been involved in an effort to make sure no “materials” Ukraine keeps in its biolabs end up with the Russian military.

“Ukraine has biological research facilities, which, in fact, we are now quite concerned… Russian troops, Russian forces may be seeking to gain control of,” Nuland said on Tuesday as she testified before the Senate Foreign Relations Committee.

“We’re working with Ukrainians on how they can prevent any of those research materials from falling into the hands of Russian forces should they approach,” she added.

The Russian military previously claimed that the Ukrainian authorities have been hastily destroying dangerous materials, including highly pathogenic bacterial and viral agents they allegedly kept in laboratories linked to the Pentagon.

On Monday, Lieutenant General Igor Kirillov claimed that the documents seen by the Russian military suggest that some of these laboratories worked with anthrax and the plague among other infections. Kirillov also alleged that “the only reason” why Kiev had reportedly moved to destroy the materials was out of concern that Russian experts “will highly likely prove Ukraine and the US have been in violation of the Biological Weapons Convention” once they study the samples.

While Moscow has expressed concerns over the alleged development of bioweapons in Ukraine, Nuland has appeared to preemptively blame Russia for any potential release of hazardous materials amid the ongoing military conflict.” 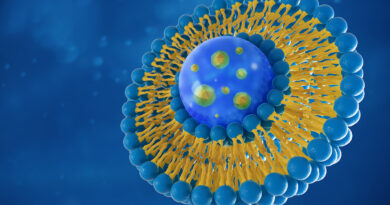