Zelensky is a political eunuch — a powerless comedian/performer front man for US/NATO as long as obeys orders by doing what he’s told.

Laughably he said the following on Tuesday:

He’s ready for dialogue (with Russia) on certain “compromises (sic).”

“We’re not ready for a capitulation (sic).”

“We not prepared for ultimatums (sic).”

“But we have the possible solution resolution for key items (sic).”

“I think items regarding temporarily occupied territories (sic) and unrecognized republics (sic) that have not been recognized by anyone but Russia, these pseudo-republics (sic).”

“But we can discuss and find the compromise on how these territories will live on (sic).”

“What is important to me is how the people in those territories are going to live who want to be part of Ukraine (sic).”

Kiev flagrantly breached both conflict resolution agreements on orders from its master in Washington.

Nothing changed from then to now.

Zelensky knows, or should know, that conflict resolution depends on halting Kiev’s aggression on Donbass, its willingness to demilitarize, deNazify, return to independent status, recognize the sovereignty of Crimea, Donetsk and Lugansk, along with abandoning notions of joining NATO and developing nukes.

Russia can be a good neighbor, a valued one, a non-exploitive one.

It all depends on whether Kiev renounces its wicked ways, pursues peace over war, and complies fully with international law.

At this time, its action are polar opposite the above.

Under current conditions of vassalage to it higher power in Washington, talks by Russia with him and other regime figures would waste time and effort.

Ukraine won’t demilitarize or deNazify on its own.

It’s for Russia to accomplish these objectives.

At the same time, around 430 tons of humanitarian aid was delivered to Donbass and Ukraine.

Separately in Geneva, the Office of the UN High Commissioner for Human Rights (OHCHR) said Ukrainians with Russian roots are targets of violence by the Kiev regime.

According to the Russian Interagency Coordination Headquarters for Humanitarian Relief in Ukraine:

“Taking into account the persistent continuous appeals of foreign embassies, as well as numerous direct requests from Ukrainian citizens for evacuation from almost all populated areas — from March 5 to March 7 alone — more than 2 million” people requested help from Russia to leave the country.

“The Russian Federation is ready to prepare and conduct a humanitarian operation” to help them.

Separately according to CBS (fake) News on Monday, the “US is working with Poland to send fighter jets to Ukraine (sic).”

On the same day, Defense News said “(t)he White House and Pentagon on Monday downplayed the likelihood of a three-way deal for Poland to give MiG-29 aircraft to Ukraine and for the US to backfill the Polish fleet with American F-16 fighters.”

The reason is obvious.

Hostile aircraft would be spotted immediately, intercepted and swiftly downed by Russian air defenses or warplanes.

After shooting itself in one foot, the Biden regime targeted the other.

On Tuesday, dementia Joe’s impersonator announced a ban on all Russian energy imports.

The harebrained move is sure to send sky-high oil, gas, other commodities and food prices higher. 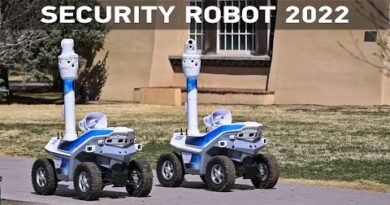 Gina Reinhart moves to AI for Roy Hill mine security

The Layoffs Have Started | Recession Warning