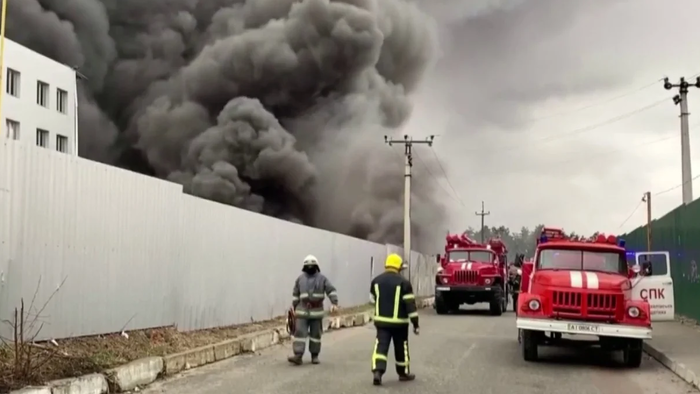 Update(12:38ET): President Zelensky’s 14-hour old ABC News interview (which we detailed hours ago below) is finally getting widespread distribution and is being repackaged as a significant nod to Moscow on what’s been Putin’s core issue he cited as justification for launching the war:

In another apparent nod aimed at placating Moscow, Zelensky said he is open to “compromise” on the status of two breakaway pro-Russian territories that President Vladimir Putin recognized as independent just before unleashing the invasion on February 24.

“I have cooled down regarding this question a long time ago after we understood that …NATO is not prepared to accept Ukraine,” Zelensky said in an interview aired Monday night on ABC News.

“The alliance is afraid of controversial things, and confrontation with Russia,” the president added.

Looks like Ukraine is finally ready to cut a deal. Zelensky gave up on the NATO fantasy and his top adviser is speaking openly about long term security guarantees.

“I’m talking about security guarantees,” Zelensky said, explaining that Ukraine is now open for dialogue on these central Russian security demands in order to stop the war.

Please end this through diplomacy! https://t.co/WIo6tDv0wW

For those who missed it when it first came out 14 hours ago, the interview is here:

Update(10:51ET): Yesterday ahead of what was the third round of Russia-Ukraine attempts to establish a ceasefire, which reportedly didn’t result in much progress, the Kremlin issued updated demands saying it would halt all military operations if Ukraine agreed to the following: recognize Russian sovereignty over Crimea, acknowledged the statehood of Donetsk and Luhansk, and importantly to update the Ukrainian constitution barring entry into external military alliances (namely NATO).

In fresh remarks given to ABC News, President Zelensky hinted that Kiev could be willing to compromise on some of these proposals. He said:

“I’m talking about security guarantees. I think items regarding temporarily occupied territories and unrecognized republics that have not been recognized by anyone but Russia, these pseudo-republics. But we can discuss and find the compromise on how these territories will live on. What is important to me is how the people in those territories are going to live who want to be part of Ukraine.”

BREAKING: Ukraine is ready for negotiations with the Russian Federation on key points, but wants to receive a “clear and specific, legally binding set” of guarantees for its security in a situation where NATO has openly announced that it will not accept Ukraine.

However, he reaffirmed in the interview that Ukraine is not ready to compromise based on “ultimatums”. Previously Zelensky said he wouldn’t negotiate based on a “gun at this head” – and so far the talks have been focused on establishing local pauses in fighting for the sake of civilian evacuations of cities. “I’m ready for dialogue, we’re not ready for capitulation,” he said.

Zelensky in the newly published ABC interview for the first time since the war began on Feb.24 issued a significantly toned down rhetoric on the question of future NATO membership:

“Regarding NATO, I have cooled down regarding this question a long time ago, after we understood that NATO is not prepared to accept Ukraine. The alliance is afraid of controversial things and confrontation with Russia. We never wanted to be a country that is begging for something on its knees, and we are not going to be that country and I don’t want to be that president.”

Meanwhile a regional Ukrainian military commander has sounded the alarm over the worsening humanitarian situation surrounding Kiev. Military spokesman Oleksiy Kuleba said Tuesday, “The main issue today remains humanitarian aid. Bucha, Irpin, Gostomel, Makariv, Borodyanka, Vorzel — residents of these settlements are forced to stay in bomb shelters for days without water and food. The occupiers do not give humanitarian corridors, do not give guarantees,” Kuleba said.

The districts named lie to the north and west of the capital: “Russian occupiers keep shelling residential areas. They keep bringing more military vehicles,” he added. “We demand silence every day, every hour, every minute. We will promptly and immediately send help and evacuate our people,” he said.

The UN on Tuesday said that at least 474 civilians have been killed since the start of the invasion – including civilians in the Donbass.

Tank battle in the streets of Ukraine. Footage was taken reportedly after a successful ambush on Russian forces.

The Kremlin has contradicted Kiev’s assessment of broken promises for local ceasefires, with CNN citing the defense ministry in the following:

The Russian defense ministry said 723 people have been evacuated along an agreed evacuation route out of the northeastern Ukrainian city of Sumy on Tuesday.

The ministry was quoted by the state news agency RIA Novosti. It said those evacuated included Indian, Chinese and Jordanian and Tunisian citizens.

On Tuesday, both the Director of National Intelligence and the head of the CIA weighed in on Russia’s intention’s and the state of the conflict…

This was confirmed before the war in research by the Levada Center, a non-governmental polling firm widely trusted in the West.

More than 66% of Russians blamed the conflict on America, NATO, or Ukraine.

Only 4% said the conflict was Russia’s fault. pic.twitter.com/53XG7IqkkR

Courtesy of Newsquawk, here is a summary of the relentless firehose of all Ukraine war news to hit in the past few hours. 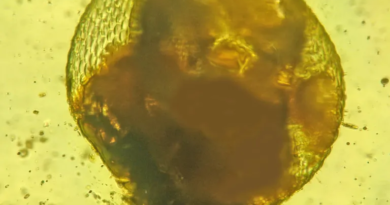