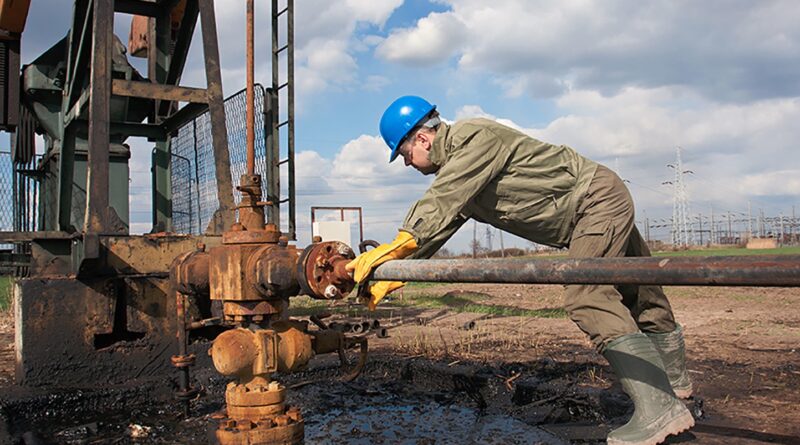 During remarks at the White House Tuesday, President Joe Biden claimed his domestic climate agenda is not contributing to an increase in oil and gas prices for American consumers. [bold, links added]

“In the United States, 90 percent of onshore oil production takes place on land that isn’t owned by the federal government. And of the remaining 10 percent that occurs on federal land, the oil and gas industry has millions of acres leased.

“Loosening environmental regulations or pulling back clean energy investment won’t — let me explain — won’t — will not lower energy prices for families. But transforming our economy to run on electric vehicles powered by clean energy with tax credits to help American families winterize their homes and use less energy, that will — that will help,” he continued.

But his claims are easily proved false.

First, Biden’s claim oil companies are choosing not to produce on permits already approved onshore in missing context. It isn’t that simple and Biden knows it.

WATCH: “Disingenuous at best” – @ClaireChaseNM pushes back on the White House as they continue to tout 9k unused oil drilling permits #AmericaReports pic.twitter.com/YTPQwdNDbp

The Wall Street Journal is also debunking this claim.

“Companies have to obtain additional permits for rights of way to access leases and build pipelines to transport fuel. This has become harder under the Biden Administration … companies must build up a sufficient inventory of permits before they can contract rigs because of the regulatory difficulties of operating on federal land,” the Editorial Board writes.

“It takes 140 days or so for the feds to approve a drilling permit versus two for the state of Texas. The Administration has halted onshore lease sales. Producers are developing leases more slowly since they don’t know when more will be available. Offshore leases were snapped up at a November auction because companies expect it might be the last one.”

Second, President Joe Biden shut down the Keystone XL pipeline within hours of taking office on January 20, 2021. He did so after lobbying from climate groups.

When completed, the pipeline would have carried 700,000 barrels of oil across the U.S. each day. He also stopped exploration in ANWAR.

Even with the crisis in Ukraine, Biden refuses to unleash American energy by re-opening pipelines he closed, resuming drilling on federal lands, etc.

And third, current regulations being implemented on behalf of climate activists are hindering the oil and gas industry and causing prices to rise. The week Russia invaded Ukraine, the Biden Administration froze new leases. From CNBC:

The Biden administration is delaying decisions on new oil and gas leases and permits after a Louisiana federal judge blocked officials from using higher cost estimates of climate change.

The leasing pause is an unintended result of the Feb. 11 decision by U.S. District Judge James Cain, who sided with a group GOP-led states and argued that the Biden administration’s attempt to raise the real cost of climate change would hike energy costs and hurt state revenues from energy production.

One of the most significant and unintended outcomes of the ruling is the government’s pause on new oil and gas leases and permits to drill on federal lands and waters. Lease sales in states across the U.S. West, including Montana and Wyoming, are now delayed.

Fox News fact checks Joe Biden’s statement that America is producing the most oil it ever has at this moment.

Meanwhile, the White House, as Biden indicated during his remarks, will continue to pursue a climate agenda that drowns oil and gas companies in regulation with a goal of making the industry extinct.

White House officials, Press Secretary Jen Psaki included, continue to claim that putting pipelines back online or back into construction would take too long to have an impact on prices now.

It may take some time to bolster oil and gas infrastructure, but it will take decades for the U.S. to completely transition to alternative forms of energy.

Given how inefficient current alternative energy sources are at keeping things running, it may never happen.

Bloom Where You’re Planted: Prepping to Survive Where You Are RIGHT NOW