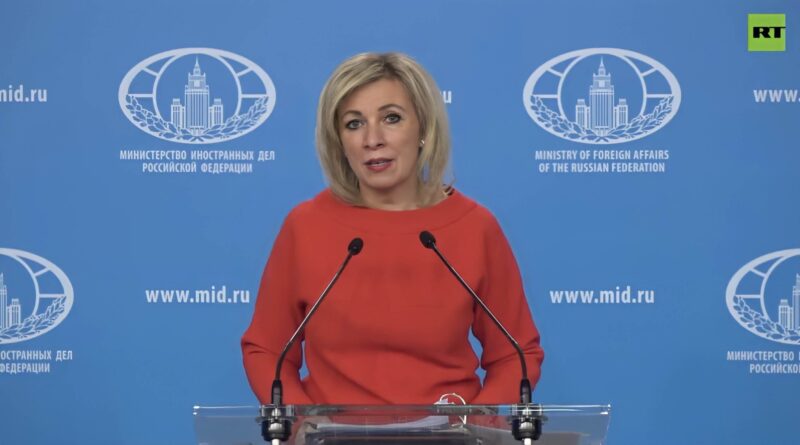 The Director of the Information and Press Department of the Ministry of Foreign Affairs of the Russian Federation, Maria Vladimirovna Zakharova,  told the United States on Wednesday, “We have found your biological weapons!”

“There was statement made by the Deputy Secretary of State Victoria Nuland, leave no doubt, will not give Washington to be silent this time. Their attempts, while spilling blood, to find biological and chemical weapons throughout the world. We have found your own products. We have found your biological material. As it turns out it was all happening in Ukraine,” RT, Russia state-affiliated media reported.

Russia now demands the US to explain bio labs in Ukraine.

Russia accused the U.S. of violations of the 1972 Biological Weapons Convention and has covered it up.

This comes after State Department official Victoria Nuland admitted in her testimony on Tuesday that the US has biolabs in Ukraine.

On Tuesday, the official spokesman for the China Communist Government confronted the United States on its 336 biological labs in 30 countries around the world. According to China, there are 26 US biological labs in Ukraine alone.

The US has 336 labs in 30 countries under its control, including 26 in Ukraine alone. It should give a full account of its biological military activities at home and abroad and subject itself to multilateral verification. pic.twitter.com/vEiytBRKuo