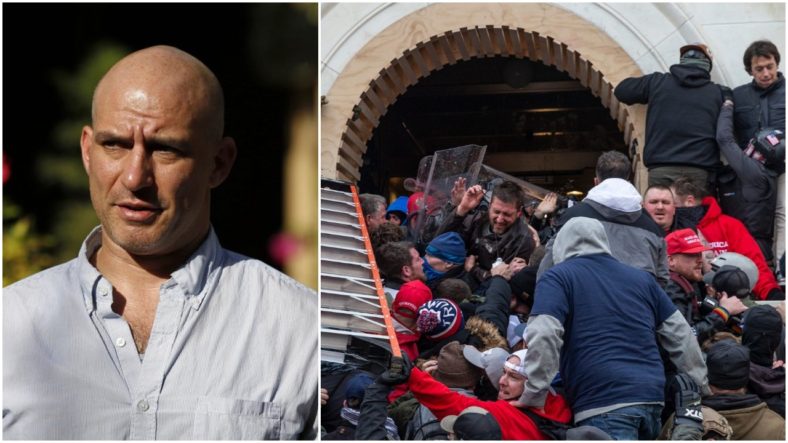 Project Veritas has released video of Pulitzer Prize-winning New York Times journalist Matthew Rosenberg admitting that feds were embedded in the Jan. 6, 2021 riot and that the fake news media has lied about the nature of the threat of the infamous election integrity protest.

Rosenberg can be seen on hidden camera speaking candidly about snowflakes who work for the Times. He called the young reporters “f*ckin’ b*tches” for their histrionics in the aftermath of the Jan. 6 rally.

“The left’s overreaction – the left’s reaction to [Jan. 6], in some places, was so over the top. It was like, me and two other colleagues who were there who were outside and we were just having fun,” he continued, adding that the New York Times staff “were not in any danger” during Jan. 6.

Rosenberg also confirmed that there were many federal agents embedded in the crowd when the violence in and around the U.S. Capitol took place on Jan. 6.

“There were a ton of FBI informants among the people who attacked the Capitol… For the CIA and NSA, if you work there, you get polygraphed every year, and you’re asked if you’ve spoken to a reporter and your answer is anything but no, you’re in deep trouble. So I’ve been talking to former people who are talking to people who are still in,” Rosenberg said about how he gathered his intel.

The video clip can be seen here:

BREAKING: NYT reporter says there were ‘a ton of FBI informants’ among the people who attacked the Capitol https://t.co/Ta9Lg8iMqx