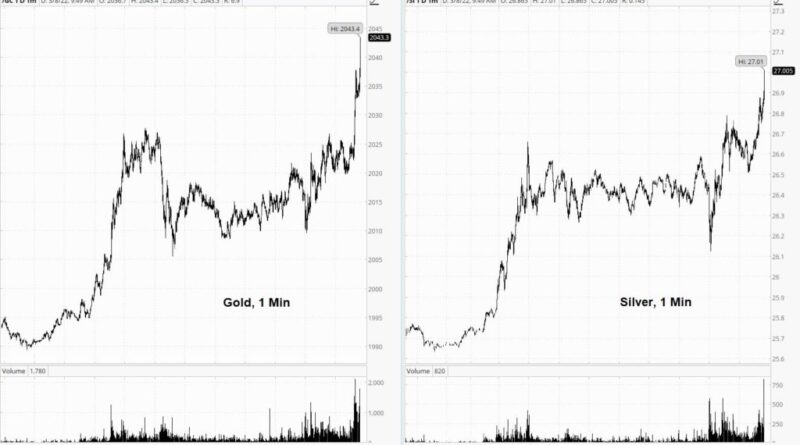 While banning all imports of oil, gas and energy from Russia, Biden says, “the American people will deal another powerful blow to Putin’s war machine”…

UPDATE (by Half Dollar)

Some of Biden’s (or someone, or some thing) initial statements:

(by Half Dollar) Reportedly, the Biden Administration is set to ban US imports of Russian oil.

And while the US is on it, perhaps the Biden Administration could ban the importation of Russian wheat too?

That would really teach the former CCCP Commies (not current CCP) a lesson!

Needless to say, the price of oil is becoming rather painful in America:

If you hadn’t noticed already.

And just a friendly reminder, also if you hadn’t noticed already (or heard the alarm bells on February 24th):

There’s turmoil in the wheat markets, and Russia kind of is to wheat as Mexico is to silver.

A ban on wheat may be next because, well, why not?

It’s not like we can’t get the Indians to give it up for rock bottom prices anyway.

And besides, evil loves human suffering.

The Beast thanks ye, tasty Gamblers in the Rigged Casino.

Riccado Bosi calls on all Australians to get to Canberra now, this is our last chance to fix the mess

The Community Economy Needs Its Own Money