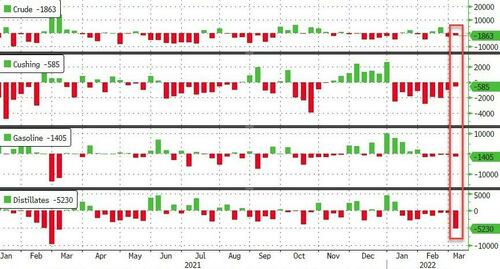 Oil prices are lower this morning on some potentially optimistic comments from Ukraine, after earlier rallying toward $127/bbl as President Biden said his nation would ban the import of Russian crude.

Distillates inventories registered a 5.23 million barrel drop last week, the biggest decline in about a year, to the lowest level since November 2014.

Crude production is holding steady for a fifth week at 11.6 million barrels a day despite widespread expectations that shale producers are cranking out barrels spurred by the strong rally in oil prices. 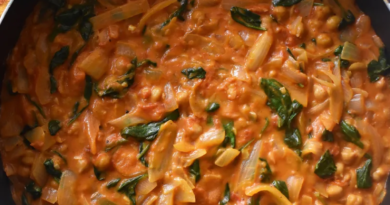