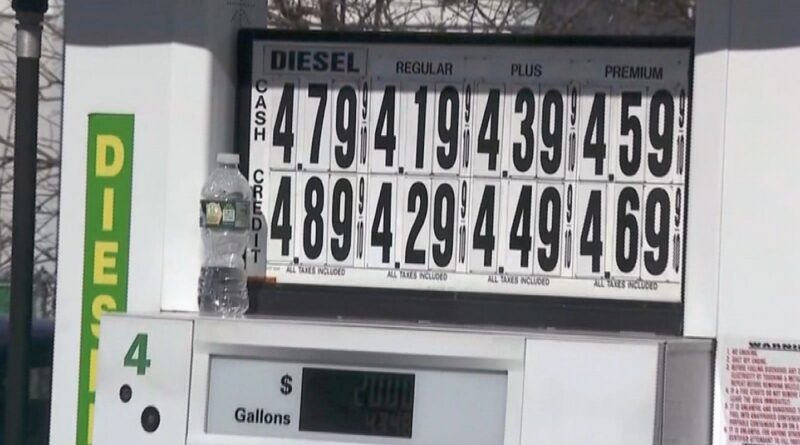 As gas prices continue to notch new record highs on a daily basis, the culprit couldn’t be more clear.

No, it’s not Putin’s fault, despite President Biden and his administration’s efforts to blame Russia’s invasion of Ukraine for spiking prices at the gas pump. [bold, links added]

The White House is using Putin as a scapegoat and hoping Americans go along with their narrative despite the fact that the average price for a gallon of gas in the United States increased more than $1 during the first 13 months of Biden’s time in office.

And while Putin’s aggression has caused chaos in Europe, Biden’s actions to destroy America’s energy independence are the only reason Putin’s actions an ocean away are having an impact on gas prices at home.

And it’s not just President Biden, but also those he’s surrounded himself with, who are pushing the radical climate alarmist agenda dead-set on replacing America’s oil and gas industry with what they call “green” energy but is actually no better for the planet, ends up being less reliable, and is more expensive for consumers — plus this so-called “green” alternative energy is another national security risk the country can’t afford.

1. Saule Omarova, Biden’s failed nominee to lead the Office of the Comptroller of the Currency, is on the record saying that she believes oil, gas, and coal companies need “to go bankrupt if we want to tackle climate change.”

Despite trying to minimize her statement as “poor phrasing” during her confirmation hearings, Omarova withdrew herself from consideration due to her controversial record.

2. President Biden’s Energy Secretary Jennifer Granholm stated recently that skyrocketing fuel prices hitting Americans’ wallets are part of Biden administration’s desired “energy transition” and that it will “take some time to get off of oil and gas.”

She’s also laughed out loud during interviews when asked what she and President Biden would do to lower gas prices for Americans.

3. Vice President Kamala Harris, when asked at a CNN event in 2019 whether she’d ban fracking, said “there’s no question I’m in favor of banning fracking and starting with what we can do on day one around public lands.”

Then-candidate Harris was also quick to say “yes” when asked if she would ban offshore drilling. “And I’ve again worked on that,” she said of her past work as California’s AG and U.S. Senator with her classic but always ill-timed laugh.

4. Sarah Bloom Raskin, President Biden’s nominee to a key regulatory post with the Federal Reserve, has also raised eyebrows with her statements that indicate how she would wield her power, if confirmed, against American energy.

In an op-ed for The New York Times, she claimed that “Climate change poses the next big threat” after COVID.

In another piece, she wrote that U.S. “regulators will need to leave their comfort zone and act early before the [climate change] problem worsens and becomes even more expensive to address.”

She’s also stated that regulators need to work on “incentivizing a rapid, orderly and just transition away from high-emission assets,” more or less meaning the Federal Reserve needs to pressure banks to make them limit credit given to oil and gas companies.

5. EPA Administrator Michael Regan is another Biden lackey who’s threatened to use his power to usurp Congress if lawmakers don’t do what he wants.

Regan is on-record calling state environmental agencies “subordinate” to the EPA. Biden’s EPA administrator has also moved forward with a “troubling” new rule to allow a community reporting system to “detect large emissions events,” something opponents say would allow climate alarmist activists to flood the system with false reports that would burden oil and gas producers.

6. Then of course there’s Biden’s Climate Czar, John Kerry, who flies around the world “pressuring banks and financial institutions to reduce their commitments to U.S. oil and gas companies and join the Net-Zero Banking Alliance,” actions that continue to “hobble” American energy.

Kerry has also said that there’s “no need” for any new fossil fuel investments even though he “invested millions of dollars in oil stocks before being tapped by President Joe Biden as Climate Czar,” as Katie reported here.

So while President Biden and his administration claim to be doing everything they can to help ease the burden of high energy costs on Americans, their stated intentions and actions do not back up their assertions that help is on the way.

Rather than being focused on helping our country, they just want to punish the oil and gas industry. 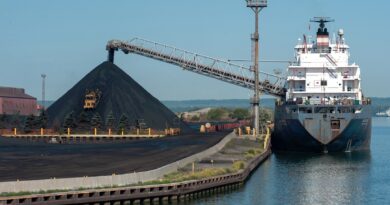