In response to queries made last year about shooting valuable cattle on Cape York Peninsula the letter(below) was recently received by Member for Traeger Robbie Katter from Environment Minister Meaghan Scanlon, a former Gold Coast solicitor.

Property owners asked the National Parks Service on what lawful basis did they shoot cattle running on unfenced national parks near their properties many of which are jointly managed with Aboriginal corporations.

At common law pastoralists can claim ownership of any cattle found on parts of the Peninsula. This stock simply did not appear from nowhere. Branded and unbranded cattle are the lawful chattels of pastoralists particularly after the entire Peninsula was officially declared stock free by the state government after a massive shoot out under the BTEC scheme completed in 1989. Pastoralists re-stocked their properties after the shootout. Only the Indigenous Land Corporation based in Canberra and pastoralists can lawfully claim cattle on Cape York today.

Unless pastoralists individually contracted with the NPWS allowing them to seize their stock, they cannot be lawfully killed.

The ILC controls several properties on the Peninsula which have been so poorly managed from afar the company is destocking these places and handing the land back to local Aborigines after the taxpayer spent many tens of millions of dollars buying these once viable cattle stations.

Local producers have slammed the ILC as a ‘bungling bureaucracy’ with no ability to manage these vast stations.

“They are destocking the Peninsula making way for a whopping big World Heritage wilderness zone to be jointly managed by NPWS and Aborigines,” said a pastoralist.

Permits and fees will be required from tourists or any others wanting access to places of interest on the vast Peninsula . The only access will be via the Peninsula Development Road. All tracks other than those servicing local communities will be closed to the public.

There are few pastoralists left on the Peninsula after the socialist state government whittled away private ownership over the past 25 years ostensibly handing properties to Aboriginal groups. Under Aboriginal freehold title these unfortunate Prescribed Body Corporations were conned by the Labor Party into believing they could again run stock and train their children to manage cattle.

The cruel Labor and Green bureaucrats dissected their new titles so intensively with environmental overlays and nature reserves there was insufficient land remaining on which to run cattle.

Instead they were left with more than half the land area of the 289,000 square klm Peninsula which they cannot utilise for any meaningful commercial pursuit. This vast area is home for an estimated one million feral pigs and many thousands of wild dogs.

On average 100,000 tourist vehicles visit the Cape every dry season. The Olkola Aboriginal Corporation based at former Dixie Station has the opportunity to introduce environmental tourism but were given little startup funding. Some rangers were allocated with federal funding however tourism hasn’t got off the ground in any meaningful way leaving the PBC to survive on limited government and private sponsorship and carbon credits.

This is the reply from the Minister received by MP Robbie Katter.

* Cattle are managed in accordance with Queensland Parks and Wildlife Service (s ) Operational Policy for the Removal and disposal of stock on QPWS Protected Areas (Nature Conservation Act 1992).
* QPWS has been progressing a stock removal program from National Parks (Cape York Peninsula Aboriginal Land (CYPAL)) since 2013.
* Neighbours were provided with the opportunity to claim any cattle remaining on CYPAL and were issued permits to remove their cattle during October to November 2018.
* Cattle remaining on CYPAL after prescribed dates are considered abandoned seized property and can be dealt with by the Chief Executive in line with the policy.
* Should it be required the final phase of all cattle management strategies is the humane destruction of any residual feral cattle to prevent them from building up numbers within the park.
* For CYPAL this humane control of cattle commenced in 2020 with the annual feral animal program enabling the targeting of cattle in addition to the other species routinely being managed – being pigs, cats and horses.
* Neighbours are advised of QPWS operations prior to commencement of aerial shoots.
* Neighbours are still able to access stock muster permits to retrieve their cattle from CYPAL should stock stray onto national park when fences are damaged.
* This policy was implemented in 2014 and formally recognises cattle as a pest on national parks, and enables a stepped out transparent and fair process to all neighbours to retrieve their stock from national parks while supporting the conservation values the lands are protected for.
* Individual cattle management strategies have been successfully implemented by QPWS&P on a number of jointly managed national parks (CYPAL) as well as elsewhere in Queensland.
* Following a number of neighbouring property stock relinquishments (to the State to enable control) on the park, QPWS also seized cattle on Oyala Thumotang National Park (CYPAL) in August 2018 as part of the agreed cattle management strategy.

Chief of Staff
Office of the Hon. Meaghan Scanlon MP
Minister for Environment and the Great Barrier Reef

IT’S ALL PART OF THE PLAN… 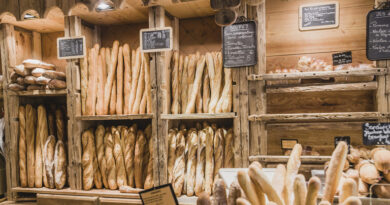