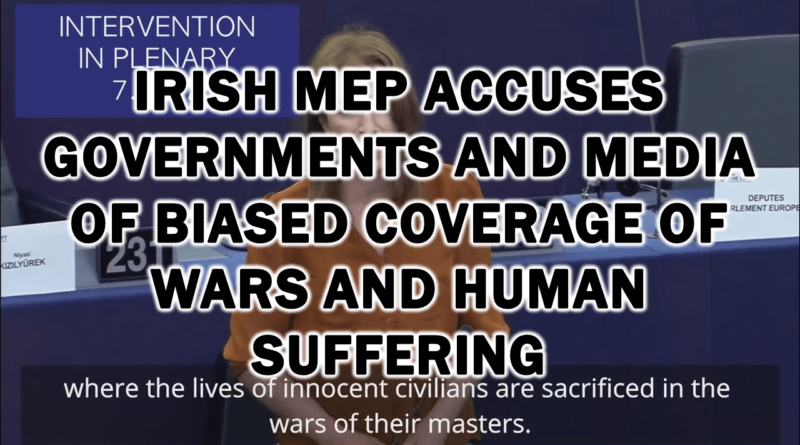 On 7 March, Clare Daly, an Irish Member of the European Parliament (“MEP”), shook the European hypocritical world regarding the Russia-Ukraine crisis during a sitting of the European parliament. During an impassioned speech she said:

“Tens of thousands of Afghani citizens have been forced to flee in search of food and safety, 5 million children face famine, an agonising and painful death, a 500% increase in child marriages and children being sold just so they can survive.

“And not a mention of it. Not here, not anywhere. No wall-to-wall TV coverage, no emergency humanitarian response, no special plenaries, not even a mention in this plenary. No Afghani delegations and no statements.

“My God, they must’ve been wondering what makes their humanitarian crisis so unimportant. Is it the colour of their skin? Is it that they are not white? They’re not European?  That their problems come from a US gun or US invasion?”

Much of the resolution is important and necessary but much of it, Irish MEP Mick Wallace said, was not.  It called for the strengthening of NATO’s forward military presence, a dramatic increase in defence spending and the strengthening of the European pillar within NATO. It calls for the replacement of Russian with American oil, extracted through fracking.

Daly said she voted against the resolution because it calls for increasing weapons supply to Ukraine, something that will “only make the situation worse”.

Speaking a few days later on RTÉ’s This Week, she said the EU needs to say “enough bloodshed” and hold serious peace talks.  Adding that part of those talks would be recognition that “Russia has genuine security concerns in the region”.

Daly then made her impassioned speech, an intervention in a plenary, a full session of the European Parliament, on 7 March 2022.  She tweeted a video of her intervention with the comment:

“Meanwhile in Afghanistan… tens of thousands seeking refuge; five million children facing famine; 500% increase in child marriages; children being sold to feed families… Not a mention of it.

“My god, they must be wondering what makes their humanitarian crisis so unimportant.”

Further reading: Its Europe Vs Russia, A Crisis Unmasking the Hypocrite West

A week after voting against a motion condemning Russian aggression, the parliament offices of the two Irish MEPs were targeted by “sinister” vandals. Daly said they have been subjected to “brute intimidation” since they voted down the motion on 2 March.

Daly, a self-declared socialist, and Wallace are both members of The Left group in the European Parliament.

“Our offices in the parliament and the offices of the 13 people who voted against it, were covered in Nazi stickers, and anti-Russian sorts of things on their doors. It’s been investigated, but these people had to go into the parliament. They had to go out of their way to find the 13 offices,” Daly said.

What does that tell you?

March 11, 2022Stop the Power Grab: An Open Letter on the WHO’s Pandemic Treaty

The World Council for Health (“WCH”), a coalition of scientists, doctors, lawyers, …

March 10, 2022We’re in the final stages of the move towards ‘The Great Reset’; We must win now or lose forever

March 10, 2022Deaths fall among Unvaccinated but rise among Fully Vaccinated, with Triple Jabbed now accounting for 8 in every 10 Covid-19 Deaths in England

March 9, 2022There are consistent Disparities between Manufacturers’ Claims and Actual Performance of Covid Tests, says UKHSA 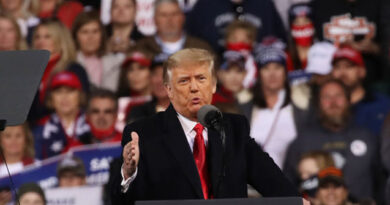 Exclusive — Trump at GA Rally: A Vote for ‘RINO’ Kemp Is a ‘Vote for Stacey Abrams’ 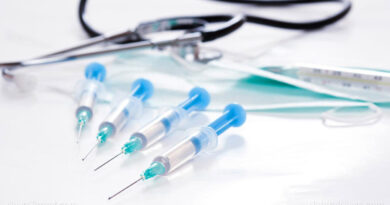 Los Angeles Hospitals Brace For Billions In Earthquake Upgrades By 2030