President Biden’s disastrous economy shows signs of stagflation as growth wanes, and commodity prices stage the largest weekly gain ever. Today’s inflation printed at a 40-year high as soaring commodity costs hit the working poor the hardest, who have been forced to make lifestyle changes to offset additional costs.

First, let’s begin with a new report from LendingClub. It shows a staggering 64% of Americans are living paycheck to paycheck, up from 61% in December. As costs skyrocket, the working poor see their wages stripped away by inflation.

“You’ve got to eat, you’ve got to commute; these are not discretionary expenses,” Anuj Nayar, LendingClub’s financial health officer, said.

This means that people living paycheck to paycheck with no savings or other safety nets will have to make abrupt lifestyle changes.

According to American Automobile Association (AAA), 59% of Americans are making lifestyle changes as the national average for regular gasoline at the pump hits a new record high of $4.318. If gas hit $5, three-quarters of the respondents said they would need to make lifestyle changes to offset the spike at the pump.

Among the respondents who said they would make changes in response to higher gas prices, 80% of them said they would drive fewer miles, with some differences among different generations:

Prices in some parts of the country have spiked to just under $8 a gallon.

Gas prices this morning at a station in West Hollywood. Premium is just under $8 a gallon. https://t.co/s9J8YHg8Lm pic.twitter.com/YFvPEiMTUS

Since the Russian invasion of Ukraine, gas prices have risen more than 74 cents to $4.318 per gallon, a record high. The Biden administration has launched a media blitz to blame soaring prices on Putin.

However, when Biden was elected, gas prices averaged around $2.30 and jumped $1.230 over the last year before the attack several weeks back. That means prices jumped 53% even before the invasion, but the administration insists in their messaging that President Putin is responsible for why prices of everything are rising. 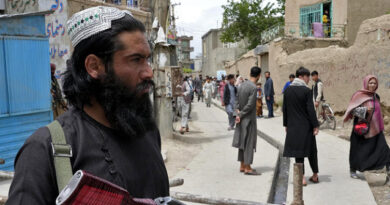