According to the latest BofA update using the bank’s debit and credit card spending data, total spending increased by an average rate of 15.7% year over year (yoy) in the 28 days ending March 5th.

That’s the good news; the bad news is that record-high gas prices, which are about to hit an unprecedented $8 in West Hollywood…

Gas prices this morning at a station in West Hollywood. Premium is just under $8 a gallon. https://t.co/s9J8YHg8Lm pic.twitter.com/YFvPEiMTUS

… have started to create headwinds for the consumer but the overall impact as of early March was still relatively small.

Looking at indexed spending levels, BofA found that both lower income (below $50k) and higher income (above $125k) households increased their spending on gas as prices surged, as one would expect. The increase for lower income households was more notable.

Rising gas prices are particularly painful for lower income consumers. For one, gas makes up a larger share of their total spending.

For another, lower income consumers tend to work in sectors where remote working is not an option (e.g. leisure and hospitality), and so their driving demand is inelastic to gas prices.

At the sector level, the lower income group saw the biggest slowdown in clothing and furniture spending on a 3-year basis, even as restaurant spending remained resilient, but that could be a rebound from removal of covid-related suspensions.

The weakness in clothing and furniture spending by the lower income group could also be due to fading stimulus as these were the sectors that saw the biggest stimulus boost. 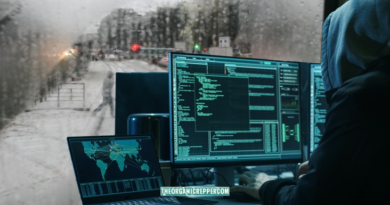 Weather-related power outages? Or something more?