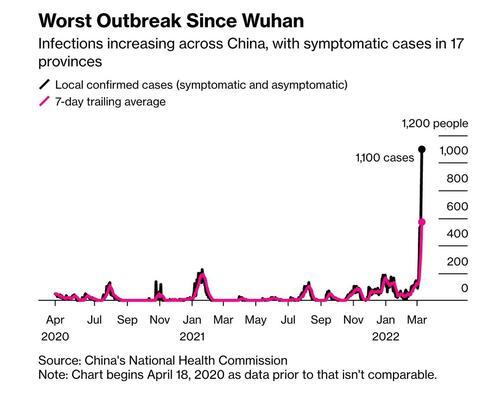 Despite rumblings about Beijing potentially dropping its controversial zero-COVID policy, authorities in Shanghai, China’s financial capital and a city home to nearly 25 million, have decided to shutter schools and rapidly construct hospitals as the omicron variant appears to be spreading rapidly within the country’s financial capital, according to Bloomberg.

The latest outbreak has been labeled “the most significant” since Wuhan, with some 1,000 domestic cases having been confirmed as of Friday, up from just 300 a week ago. That’s the highest number of new cases recorded in 2 years, since the days of the original Wuhan outbreak.

But in Shanghai, only two of the 75 Covid cases reported in the city Friday were considered to be caused by community spread, which might explain why authorities haven’t deployed city-wide testing as yet.

Domestic infections of the omicron variant have surged in Shanghai, which is why the city has been subjected to the draconian lockdown measures which have mostly been used on smaller cities until now.

In what Bloomberg described as a sign that Beijing is anticipating a further surge in cases, authorities also said they would allow the use of rapid antigen tests for the first time late Friday. While used widely in other parts of the world, rapid tests had previously been restricted in China.

Still, the latest outbreak has cast more doubt upon the “Covid Zero strategy” that helped keep the world’s second-largest economy largely virus-free for much of the pandemic and now appears to be buckling as the more transmissible omicron variant repeatedly breaks through its stringent containment regime. The virus’s spread in China’s largest cities also makes enforcing “COVID zero” more difficult.

An outbreak in the northeastern province of Jilin, which borders Russia and North Korea, resulted in the capital Changchun being placed on lockdown on Friday.

Starting Saturday, students who are in middle school and below will return to remote learning across Shanghai. China’s aviation authority has also looked into limiting international flights into the city. Officials cited the stretched capacity at the quarantine hotels which all travelers arriving in China are required to use and isolate in for a couple of weeks before being released to go about their business in China. 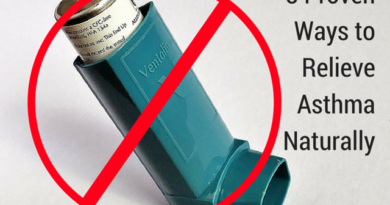 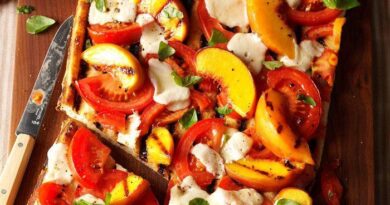