Fake-Raine: One Man’s Trip Through the Hollywood Movie Set We Know as Ukraine

Earlier this month wanting to document the truth about Ukraine, Lez LuTHOR, a self-described illusion warfare correspondent, took it upon himself to make the trip.  And as any good war correspondent would, he has been posting regular reports, a diary of his trip to Ukraine, on twitter to keep folks at home updated.

This is citizen journalism at its best.

Lez left the UK for Ukraine on 3 March. He explained in a tweet his videos are purposefully 24 or sometimes 48 hours behind because “I’m getting death threats and was walking around a city under martial law.”

At the time of writing, he was still posting updates from Ukraine.  He tweeted: “I was meant to leave today 11/3, but I’m still around, if I can crowd source funding I’ll stay.”

Keep up to date with Lez’s journey HERE.

Another source, although we are unable to vouch for their authenticity, is live traffic camera feeds from Ukraine – Kyiv, Kiev, Kijów, Lviv border – as embedded below and HERE.

Danny Boy Limerick has backed up this thread with its videos HERE.  So, below we will simply include the text of individual tweets and an image representing the accompanying video as a placeholder.  Then we pick up Lez’s subsequent tweets.

Join me as I LARP my way onto the Hollywood movie set we know as Ukraine.

Will the matrix allow me to peak behind the curtains of a manufactured and manipulated world staged event?

The Journey begins … On the 3/3 I took a flight from Luton, England to Krakow, Poland.

Via Poland seemed the easiest way into the Ukraine. 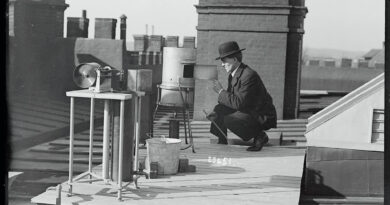 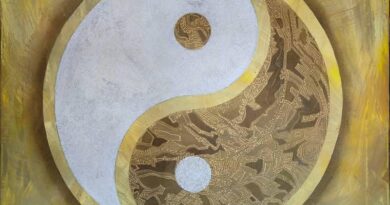 The Tao: seven deep lessons from a radically wise philosophy

One thought on “Fake-Raine: citizen journalism at its best”