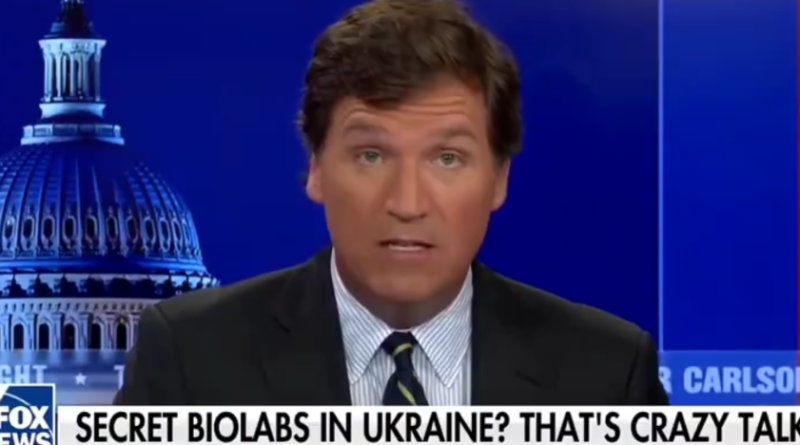 There are Biolabs in Ukraine funded by the US. There was never any real question if they existed or not. The rumor two days after the Russian invasion began, the claim was that Russia was targeting them for destruction. I wrote on February 26, 2022, that such a rumor was false and I pointed out that Russia would never target those labs for destruction. Instead, they would prefer to capture them to illustrate that people like Undersecretary of State for Political Affairs Victoria Nuland, a notorious Neocon, who just wants war has for decades played the Neocon agenda of offensive war against everyone other than the United States – yes even Europe.

Victoria Nuland is a strategic player in government for the Neocons who have led US foreign policy from one disaster to another for the past 30 years while avoiding accountability. Nobody really understands that these people are directing the country without Congressional knowledge or the approval of the people. 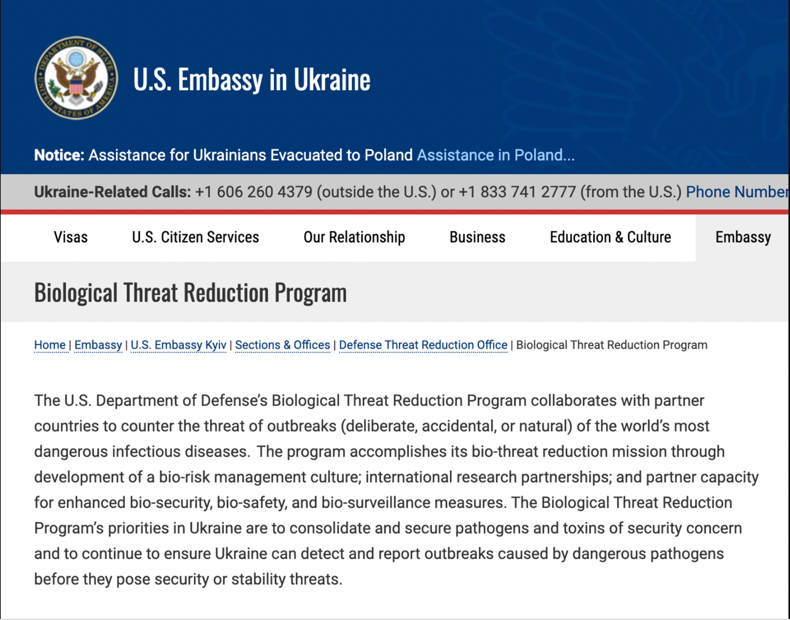 They pretend America always wears the white hat when in fact their objectives are offensive and not defensive. They lie awake at night dreaming how they can destroy Russia and China for they wallow in hatred and never accepted that communism actually fell for they demonized Chinese and Russians where politics became irrelevant. The Neocons sabotage any effort whatsoever to further world peace. It was shocking that President Joe Biden has nominated Victoria Nuland for the third-highest position at the State Department, Under Secretary for Political Affairs with her history of manipulating the endless policy of war that the American people are against. 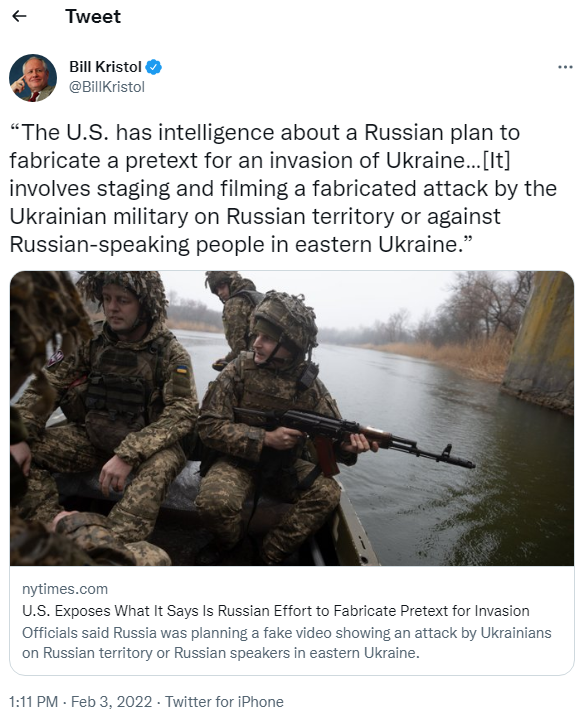 Yes, I know Bill Kristol and he even spoke at our WEC I believe back in 1996. Once upon a time, we were friends until I came to see his true colors. Bill has become a hard-core Neocon and his book on Iraq provided the blueprint for the overthrow of Saddam. Bill Tweeted that Russia would stage a filmed invasion to justify invading Ukraine. That was total nonsense and the Neocons will NEVER admit to the dark history of supporting Ukrainian Nazis or the false flag of shooting down the Malaysian passenger flight and blaming Russia to try to support WWIII. Neocons are notorious for making up BS that can be anything to support war as they did about the Weapons of Mass Destruction in Iraq that never existed.

Bill Kristol was against Trump because Trump was against the Neocon agenda of endless war. People have to know that there is a sub-element inside the US government that is NOT elected and always pushing their own hateful agenda regardless if it is Republican or Democrat. They are a unique force all their own and people fall for their manipulation techniques to demonize their enemy to cover up their own hatred and covert agenda. Speak against them and they will paint you as a traitor, yet nobody even gets to votes on their agenda.

Back then, US Senator Rand Paul urged President Trump not to choose neoconservative Elliott Abrams to serve in the No. 2 spot at the US State Department. In an op-ed published in the libertarian website Rand Paul argued:

“Elliott Abrams is a neoconservative too long in the tooth to change his spots, and the president should have no reason to trust that he would carry out a Trump agenda rather than a neocon agenda.”

From 2003 to 2005 Victoria Nuland was THE principal foreign policy advisor to VP  Dick Cheney who in fact helped to both plan and manage the war to overthrow Saddam Hussein. Nuland was advising and assisting the Bush administration’s case for a preemptive military strike against Iraq for what they alleged were weapons of mass destruction. She argued that removing Saddam Hussein and installing a US “ally” would be simple and secure the Middle East – WRONG!. Nuland was also for the occupation of both Iraq and Afghanistan. Both were to be a strategic acquisition for her neocon agenda.

During the spring of 2011, Victoria Nuland became State Department spokesperson under Hillary Clinton. It was Nuland who pushed for “regime change” to also overthrow Moammar Ghaddafi of Libya. UN Security Council resolution 1973 authorized a “No Fly Zone” for the protection of civilians so she claimed. Then Nuland turned to try to do the same in Syria. Instead of looking at how dangerous Nuland was becoming to world peace, the Clintons retained Nuland for she argued to overthrow Ghaddafi who they always paint as the devil just as she did with Saddam.  Demonizing these heads of state, Nuland turned the same strategy on Assad of Syria. She has always demonized her opponent to justify sending in arms to insurgents seeking to overthrow this time the Syrian government. In January 2012, Nuland claimed that the US is “on the side of those wanting peaceful change in Syria.” She has lied to the people every time to support her neocon agenda that people of the United States are never allowed to vote on. While professing she wanted a peaceful overthrow of the regime, she was supplying weapons for the violent overthrow. This was confirmed in secret DOD documents which state:

“During the immediate aftermath of, and following the uncertainty caused by, the downfall of the [Qaddafi] regime in October 2011 and up until early September of 2012, weapons from the former Libya military stockpiles located in Benghazi, Libya were shipped from the port of Benghazi, Libya to the ports of Banias and the Port of Borj Islam, Syria.”

This brings us to Ukraine and the Biolabs. In September 2013 Victoria Nuland was appointed Assistant Secretary of State for European and Eurasian Affairs. While the people were rising up against Yanukovich on their own, she and Senator John McCain, another Neocon, passed out food and McCain made a speech to the crowd saying that the US stands behind them. Nuland worked hard to push for the overthrow of Yanukovich and I can confirm that the people were being told to accept the replacement government selected with the approval of Nuland or they would lose the support of the West. It was in early February 2014 when an audio recording of Nuland talking to the US Ambassador to Ukraine, Geoffrey Pyatt, was leaked to the public. The conversation showed the world just how ruthless Nuland truly is for she then said “Fuck the EU.” It is always her neocon agenda which neither Congress nor the people are ever informed even exists.

Lord Malloch Brown and Soros: The British Hand Behind the US Coup Revealed 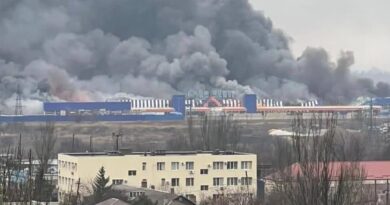 Siege And Squeeze: The Mainstream Media In The West Doesn’t Understand Russian Military Tactics In Ukraine