Russian-Jewish oligarchs have been fleeing to Israel en masse over the past few weeks in a last minute effort to dodge US and EU sanctions, according to Israeli media reports.

From Business Insider, “At least 14 private jets from Russia landed in Israel in the past 10 days amid the latest round of oligarch sanctions”:

At least 14 private jets from Russia have landed at Ben Gurion Airport in Israel, per a report by The Times of Israel.

Israel’s Holocaust museum, Yad Vashem, told US to exclude Abramovich from sanctions because ”it would hurt donations.”

Oligarchs move to Israel. No tax for ten years. And an agreement between Israeli and Russian secret services that they don’t assassinate on each other’s territory https://t.co/8eWFpwOzNt

The report cited a broadcast by Israel’s Channel 12, which said that a number of rented private planes were coming from Russia and were landing in Israel.

The planes’ owners were unidentified and this has led to speculation that oligarchs may be looking at ways to slip around sanctions.

[…] The UK, among others, recently sanctioned seven more Russian oligarchs, including Roman Abramovich as Insider’s Kate Duffy reported. Other oligarchs had previously been sanctioned, including Gennady Timchenko, Boris Rotenberg, and Igor Rotenberg. 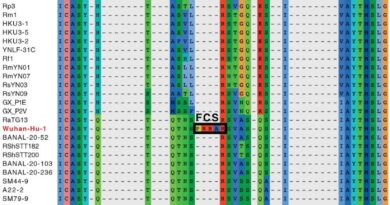 An Independent Inquiry Into the American Origins of Covid?

Markets Climb a Wall of Worry but a War, a Pandemic, Soaring Inflation and Opaque Megabanks Spell Big Trouble