The Mexican border city of Nuevo Laredo has been transformed into a warzone after the arrest of a top cartel boss. Burning vehicles littered the streets, and heavy gunfighting was reported causing the U.S. consulate to go on lockdown and the U.S. border crossing to be temporarily shut down on Monday.

The chaos erupted late Sunday when Juan Gerardo Trevino, or “El Huevo,” the leader of one faction of the Northeast Cartel, the successor group to the Zetas Cartel, was arrested. He is also a U.S. citizen, a Mexican government official told Reuters. Trevino is on the U.S. Customs and Border Protection’s (CBP) list of most wanted cartel members.

In response to the arrest, cartel members hijacked and burned vehicles and attacked law enforcement and military personnel.

“During the night of Sunday, there were shootings, burning of trucks, and a grenade attack on the U.S. consulate,” Mexican newspaper El Occidental said.

Bloomberg reported the U.S. consulate in Nuevo Laredo was closed to the public due to an “emergency situation,” U.S. citizens “should avoid the area or seek shelter.”

U.S. Ambassador Ken Salazar said, “I have raised our grave concerns about these incidents and the safety and security of our employees directly with the government of Mexico.”

“We are aware of an emergency situation near the U.S. Consulate General Nuevo Laredo. U.S. citizens should avoid the area or seek secure shelter.” pic.twitter.com/nfQe4rLGoh

All of this happened just across the border from Laredo, Texas. Last month, CBP agents were advised to wear full kevlar (commonly known as body armor) and be equipped with long-arm guns, such as lightweight semi-automatic rifles, due to the increased cartel activity on the border.

As the border crisis rages on, the Biden administration still doesn’t have a viable plan to subdue the violence. Widespread violence is also occurring across the country’s most popular beach resort areas. 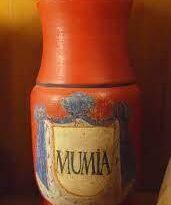 Is The US Already In Recession?