by Pepe Escobar, The Unz Review:

It was a long time coming, but finally some key lineaments of the multipolar world’s new foundations are being revealed.

On Friday, after a videoconference meeting, the Eurasian Economic Union (EAEU) and China agreed to design the mechanism for an independent international monetary and financial system. The EAEU consists of Russia, Kazakhstan, Kyrgyzstan, Belarus and Armenia, is establishing free trade deals with other Eurasian nations, and is progressively interconnecting with the Chinese Belt and Road Initiative (BRI).

For all practical purposes, the idea comes from Sergei Glazyev, Russia’s foremost independent economist, a former adviser to President Vladimir Putin and the Minister for Integration and Macroeconomics of the Eurasia Economic Commission, the regulatory body of the EAEU.

Glazyev’s central role in devising the new Russian and Eurasian economic/financial strategy has been examined here. He saw the western financial squeeze on Moscow coming light-years before others.

Quite diplomatically, Glazyev attributed the fruition of the idea to “the common challenges and risks associated with the global economic slowdown and restrictive measures against the EAEU states and China.”

Translation: as China is as much a Eurasian power as Russia, they need to coordinate their strategies to bypass the US unipolar system.

The Eurasian system will be based on “a new international currency,” most probably with the yuan as reference, calculated as an index of the national currencies of the participating countries, as well as commodity prices. The first draft will be already discussed by the end of the month.

The Eurasian system is bound to become a serious alternative to the US dollar, as the EAEU may attract not only nations that have joined BRI (Kazakhstan, for instance, is a member of both) but also the leading players in the Shanghai Cooperation Organization (SCO) as well as ASEAN. West Asian actors – Iran, Iraq, Syria, Lebanon – will be inevitably interested.

In the medium to long term, the spread of the new system will translate into the weakening of the Bretton Woods system, which even serious US market players/strategists admit is rotten from the inside. The US dollar and imperial hegemony are facing stormy seas.

Show me that frozen gold

Meanwhile, Russia has a serious problem to tackle. This past weekend, Finance Minister Anton Siluanov confirmed that half of Russia’s gold and foreign reserves have been frozen by unilateral sanctions. It boggles the mind that Russian financial experts have placed a great deal of the nation’s wealth where it can be easily accessed – and even confiscated – by the “Empire of Lies” (copyright Putin).

At first it was not exactly clear what Siluanov had meant. How could the Central Bank’s Elvira Nabiulina and her team let half of foreign reserves and even gold be stored in Western banks and/or vaults? Or is this some sneaky diversionist tactic by Siluanov?

No one is better equipped to answer these questions than the inestimable Michael Hudson, author of the recent revised edition of Super Imperialism: The Economic Strategy of the American Empire.

“It looks like at least as of last June, all Russian gold was kept in Russia itself. At the same time it would have been natural to have kept securities and bank deposits in the United States and Britain, because that is where most intervention in world foreign exchange markets occurs,” Hudson added,

Essentially, it’s all still up in the air: “My first reading assumed that Russia must be doing something smart. If it was smart to move gold abroad, perhaps it was doing what other central banks do: ‘lend” it to speculators, for an interest payment or fee. Until Russia tells the world where its gold was put, and why, we can’t fathom it. Was it in the Bank of England – even after England confiscated Venezuela’s gold? Was it in the New York Fed – even after the Fed confiscated Afghanistan’s reserves?”

So far, there has been no extra clarification either from Siluanov or Nabiulina. Scenarios swirl about a string of deportations to northern Siberia for national treason. Hudson adds important elements to the puzzle:

“If [the reserves] are frozen, why is Russia paying interest on its foreign debt falling due? It can direct the “freezer’ to pay, to shift the blame for default. It can talk about Chase Manhattan’s freezing of Iran’s bank account from which Iran sought to pay interest on its dollar-denominated debt. It can insist that any payments by NATO countries be settled in advance by physical gold. Or it can land paratroopers on the Bank of England, and recover gold – sort of like Goldfinger at Fort Knox. What is important is for Russia to explain what happened and how it was attacked, as a warning to other countries.”

As a clincher, Hudson could not but wink at Glazyev: “Maybe Russia should appoint a non-pro-westerner at the Central Bank.” 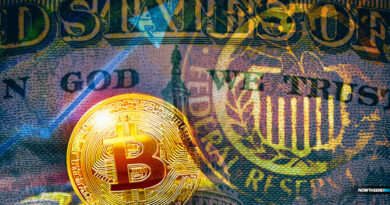 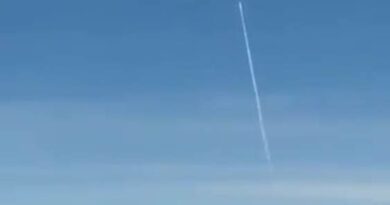