On the sidelines of the China-US summit in Rome on 15 March 2022, the United States exerted heavy pressure on the Holy See, in their intent to transform the conflict in Ukraine into a religious war.

In association with Bernard Lewis, under the George Bush Sr. administration, the Straussians [1] had dreamt of mobilizing Muslims against Russia. This deliberate strategy was later taken up by Lewis’s assistant, Samuel Huntington, who promoted it as an inevitable scenario : the clash of civilizations.

However, this strategy which was implemented in Bosnia and Herzegovina, then in Chechnya, is ineffectual in Ukraine where both camps are Christian. The Straussians, therefore, want to fan the flames of the Catholic/Orthodox divide. To this end, they intend to revive the theology evolved from the visions of Fatima.

During the thirties and the Second World War, the anti-Slavic and anti-Semitic “nationalist” Stepan Bandera was a Uniate, that is Greek-Catholic, who celebrated an Orthodox rite while being affiliated with Rome.

In 1917, during the First World War and just after the Russian Revolution, three Portuguese psychics claimed they had received a message from the Virgin Mary, saying:
“You have seen hell where the souls of poor sinners go, To save them, God wishes to establish in the world devotion to My Immaculate Heart. (…) The war is going to end but if people do not cease offending God, a worse war will break out during the reign of Pius XI. When you see a night illumined by an unknown light, know that this is the great sign given you by God that He is about to punish the world for its crimes, by means of war, famine, and persecutions against the Church and against the Holy Father.To prevent this, I shall come to ask for the consecration of Russia to My Immaculate Heart, and the Communion of Reparation on the First Saturdays. If my requests are heeded, Russia will be converted and there will be peace if not, she will spread her errors throughout the world, causing wars and persecutions against the Church. The good will be martyred, the Holy Father will have much to suffer, various nations will be annihilated. In the end, My Immaculate Heart will triumph, the Holy Father will consecrate Russia to Me, and she will be converted, and a period of peace will be granted to the world.”

On 24 March 2022, President Joe Biden will travel to Europe to chair a special summit of NATO heads of state and governments against Russia.

On the following day, 25 March at 5 p.m. (12 p.m. Washington time; 6 p.m. Kiev time; 7 p.m. Moscow time), Pope Francis will consecrate Ukraine and Russia to the Immaculate Heart of Mary, as per the wishes of the psychics of Fatima. Accordingly, Russia will be portrayed, as the troublemaker. Fighting against her will become the sacred duty of all Catholics.

The faithful who participate in religious wars lose all thinking capacity and show unparalleled determination and cruelty. For twenty years, the Muslim world has been paying the price. The Christian world is preparing to follow suit. 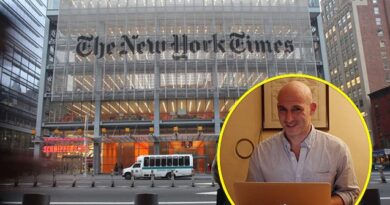