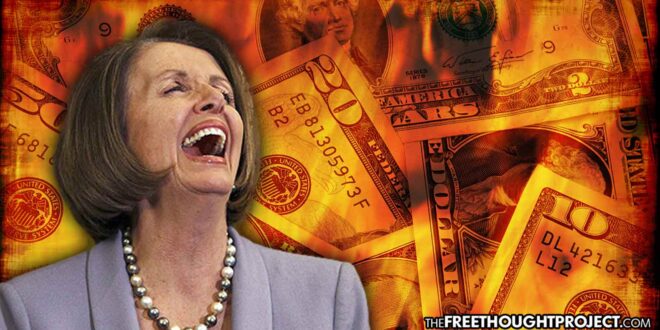 Since March of 2020, Americans and the world alike have watched from the sidelines as power hungry politicians have ushered in draconian lockdowns, shutdowns, police state measures, and brought the economy to its knees. While governments around the planet used their central banks to devalue their currencies by printing money to fund their tyranny, the US led the way down this road to fiscal horror.

As the Biden Administration blames high prices on greedy industries and “Russia bad,” this is little more than a distraction from the actual perpetrator. Nevertheless, the left continues to attribute soaring costs on businesses making “too much profit.”

While these corporations are not innocent in this debacle, the role of America’s central bank is far more insidious. As government spending has skyrocketed over the last two years, they have financed their massive expenditures by stealing value from your savings by printing more money through the central bank.

Instead of reining in their spending and trying to quell this fiscal nightmare facing the United States, Congress decided the solution to the problem is giving themselves more money — an historical amount more — and they are patting themselves on the back for it too.

House Majority Leader Steny H. Hoyer (MD-05) and House Democratic Caucus Chair Hakeem Jeffries (NY-08), released a statement this month in which they literally applauded a massive 21 percent increase in pay for their offices. Not since 1996 has Congress passed such a monumental increase.

Naturally, this 21 percent raise was tucked neatly away in the $1.5 trillion spending bill somewhere inside the 2,700 pages that not a single member of Congress read.

Worry not however, as we are told by Hoyer and Jeffries that this 21 percent increase is needed to “promote a more diverse workforce” and help in “retaining the best and brightest to help us serve our constituents.”

According to the Congressmen, they have been unable to retain employees for longer than three years as those employees quickly leave for the private sector after that time. Lawmakers claim that paying them more will stop this attrition but history tells us it won’t do a thing.

The phenomenon of government employees abandoning their jobs for the private sector happens so often that there is a term for it. It’s called the “revolving door.” No matter how much you pay a government official, the temptation to exploit the connections made while inside the system is too great and hundreds of politicians and bureaucrats alike flock from First Street to K Street.

The promise of a lucrative job in the private sector is incredibly influential to staffers and politicians alike. Public officials-turned-lobbyists have access to lawmakers and insider relationships that are not available to others. And, that access can be sold to the highest bidder among industries seeking to lobby.

This is not a secret nor a conspiracy theory. This revolving door is one of the main drivers of corruption and the reason why corporations push through laws, not we the people.

This is why Congress can vote themselves millions more dollars a month as Joe Sixpack struggles to fill up his car to go to work.

Even more insidious is the fact that the US is in the midst of a debt crisis and their only solution to it seems to be printing more money to fund their extravagant budgets.

However, when you print more money it means there are more dollars chasing the same amount of goods and services, which causes prices to rise like we are currently seeing. In just the past three fiscal years, federal spending has swollen to nearly $7 trillion a year, up from about $4.4 trillion in fiscal year 2019. Spending was $6.6 trillion in 2020, and $6.8 trillion in 2021.

If we want to put this into perspective, we can take a look at the monetary supply at the beginning of 2020, which showed just $4.0192 trillion in circulation. By January 2021, that number had jumped up to $6.7 trillion — but this was only the beginning.

By November of last year, that number climbed to $20.354 trillion dollars in circulation — meaning that since January 2020, the United States has printed nearly 80% of all US dollars in existence.

This is according to the Board of Governors of the Federal Reserve System and not some conspiracy theory either. See the chart below.

Not coincidentally, the Consumer Price Index (CPI) which tracks the cost of everyday items has seen a similar increase. It’s shot up a whopping 7 percent over the past year, the biggest increase in almost 40 years. Gas is up by almost 100 percent, beef is up 40 percent, and furniture by 11 percent.

But fret not America, Congress is helping to promote a more “diverse workforce” to get us out of this mess and it will only cost your children’s children another $1.5 trillion. If expensive gas is hurting your pocketbook, just buy an electric vehicle. 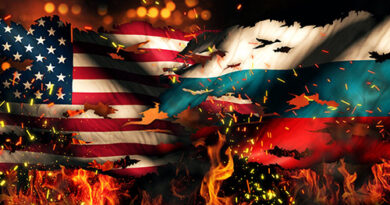 Ukraine Roundtable – False Flags, Psyops & Propaganda: What You Are Not Being Told About Ukraine