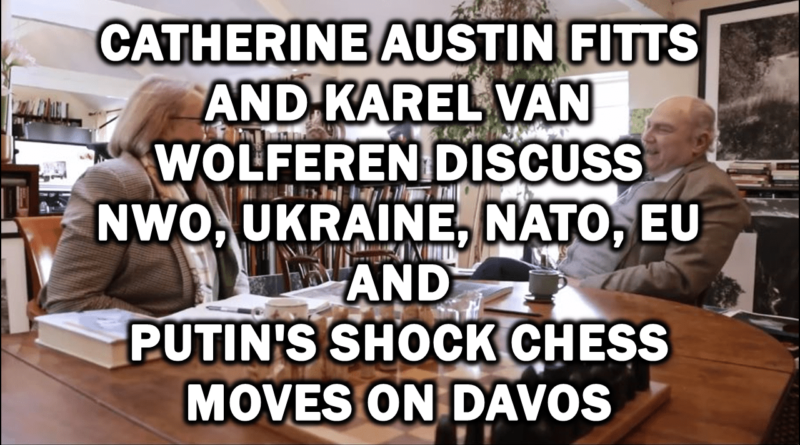 Karel van Wolferen is an author, journalist, professor, publisher and one of the most respected voices in the Netherlands on geopolitics. Last week Catherine Austin Fitts visited van Wolferen for a wide-ranging discussion on his views about events in the Ukraine and how they relate to the push for central control globally.

For those who seek truth over propaganda, Van Wolferen’s Wikipedia page gives him the greatest endorsement:

Van Wolferen rejects the global political role of the US since the 1990s and criticises, particularly in the Russo-Ukrainian War, both the lack of objectivity and independence of European countries and the coordination of the media in their adaptation to the political objectives of the United States.1,2

Van Wolferen believes the terror attacks on 9-11 and MH17 were false flag attacks and believes Architects & Engineers for 9/11 Truth and GlobalResearch tell the truth on these topics. He also believes the official clarifications about 7 July 2005 London bombings and Charlie Hebdo are polluted with misinformation.3

In 2020 Van Wolferen founded conspiracy newspaper Gezond Verstand (Common Sense), which among others claimed the Covid epidemic was fabricated. The University of Amsterdam officially distanced itself from their former employee after its publication, citing Van Wolferen was “ruining the trust in scientific research and the spread of factual information, for example when it comes to Corona.” Van Wolferen claimed journalists accusing him of spreading conspiracies are “executing orders from the CIA”.4

When Fitts and van Wolferen speak, their emotions are subjugated to their knowledge, not vice versa.

They began by discussing the historical context of what’s happening today in Ukraine.  In 2014 there was a coup d’état in Ukraine in which George Soros played a major role, van Wolferen said.  Adding that “Victoria Nuland, who was the Under Secretary of something or other, boasted once that they spent USD$5 billion to get this far, to get this coup, [although] she didn’t call it a coup.”  It changed Ukraine from a sovereign country into a country remote controlled by Washington and, in a more direct fashion, controlled by the CIA for more detailed operations, false flags and so on.

In the last two years Europe and the Five Eyes countries, possibly more than the US and in a different way, have suffered from a crime syndicate that has been trying to establish a supranational totalitarian system with the World Economic Forum as an important co-ordinating, organising center, van Wolferen explained, “and it’s going to create, in the long run, a slave society.”

It’s a truly thought provoking and mind opening discussion and a must listen.  During the discussion van Wolferen stated:

” [Putin] has taken on Davos. It’s the first challenge to Davos, World Economic Forum, Gates and the lot of them. Because of the sanctions, he has created a new geo-economic system.

“The WHO is going to be the sole authority over all the member states of the UN…This means that Bill Gates has become the world’s great authority over everybody. That is the design. It’s beyond belief.

Click on the image below to watch the video on North American Mirror.

March 19, 2022While you were distracted by Russia-Ukraine, the Gov. of Canada published data confirming the Fully Vaccinated now account for 9 in every 10 Covid-19 Deaths

March 18, 2022Biolabs In Ukraine and Common Connections Between Metabiota and EcoHealth

Ironically, our government used Ukraine to distract from the atrocities committed at …

March 18, 2022A question of Law:  The case for Perjury plus Treason committed by the UK Police

Within this current manufactured crisis, we have witnessed disturbing actions undertaken by …

Deaths of professional football / soccer players due to cardiovascular issues such …

March 18, 2022Here Are the Names and Faces of WEF’s Young Global Leaders in Italy

March 17, 2022The President has No Votes: Will the real US President please stand up? 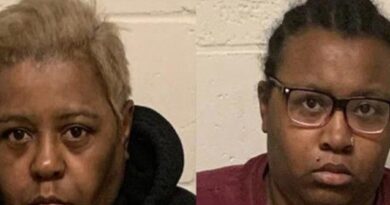 Police: 4 Y/O Dead After ‘Grandmother Forced Her to Consume’ Whiskey