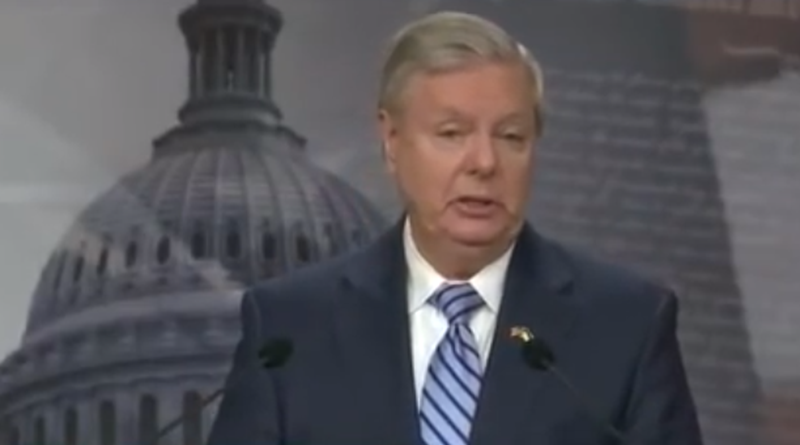 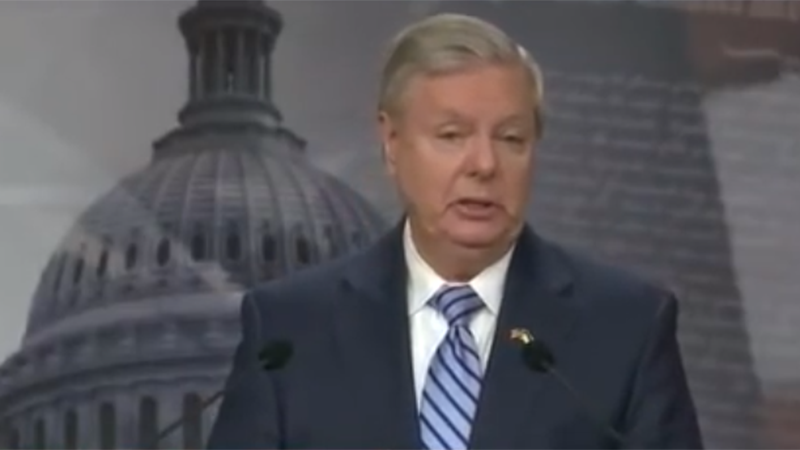 Senator Lindsey Graham has TRIPLED down on calling for Russian leader Vladimir Putin to be assassinated.

Speaking at a press conference, Graham said “I hope he will be taken out, one way or the other,” adding “I don’t care how they take him out. I don’t care if we send him to The Hague and try him. I just want him to go.”

“I wish somebody had taken Hitler out in the ’30s. So yes, Vladimir Putin is not a legitimate leader. He is a war criminal.” Graham declared.

Graham further proclaimed that Russia is “going to have zero future” under Putin, adding “I think the world is better off without Putin – the sooner the better, and I don’t care how we do it.”

Graham has called for taking out Putin three times in the past three weeks now.

During the press conference, Graham fielded yet more questions from reporters asking why the U.S. isn’t backing a NATO enforced no-fly zone over Ukraine.

The Senator explained that it would basically mean a direct war with Russia, a factor that appears to be completely lost on the gutter press.

Don’t think they won’t start WWIII for clicks and dopamine. 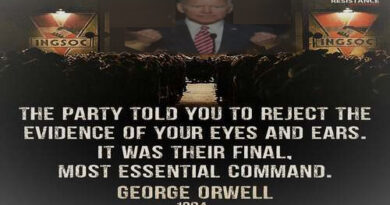 Unbelievable! You’ve Got To Check Out The ‘Full Scale Crazy’ Who Is Biden’s New ‘Minister Of Truth’! Her Challenge: NO ONE Believes The Biden Cabal Except The Sheep And The Slaves!