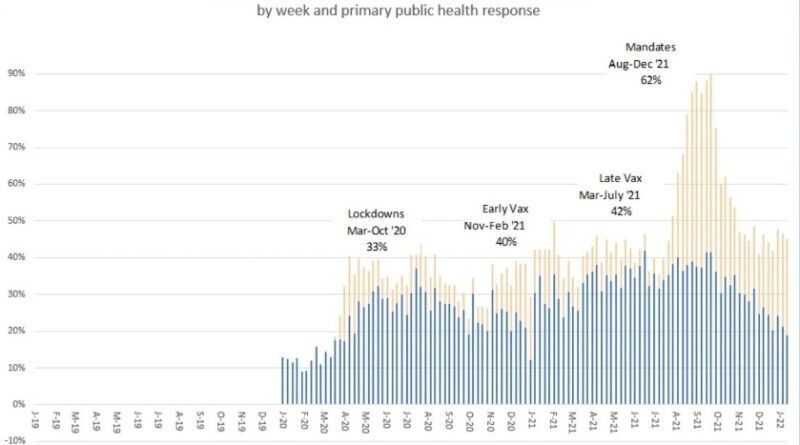 by Julian Conradson, The Gateway Pundit:

As the Gateway Pundit reported earlier today, the most recent data from the CDC shows that U.S. millennials, aged 25-44, experienced a record-setting 84% increase in excess mortality during the final four months of 2021, according to the analysis of financial expert and Blackrock whistleblower, Edward Dowd, who appeared on Steve Bannon’s War Room this week to discuss his findings.

Dowd, with the assistance of an unnamed “insurance industry expert,” compiled data from the CDC showing that, in just the second half of 2021, the total number of excess deaths for millennials was higher than the number of Americans who died in the entirety of the Vietnam War. Between August and December, there were over 61,000 deaths in this age group, compared to 58,000 over the course of 10 years in Vietnam.

In all, excess death among those who are traditionally the healthiest Americans is up by an astonishing 84%.

Noted Covid critic Steve Kirsch checked and verified Dowd’s findings after he presented them to War Room. In his follow-up analysis, Kirsch provided several supporting pieces of evidence that validate Dowd’s findings, including data from the Federal Government and the UK.

The data seems to check out across the board. Kirsch even concludes that the excess deaths aren’t being caused by Covid, so, the vaccines are the most likely culprit for the increases.

From Kirsch, who included links to all of the supporting data:

“Now let’s go over some of the details of what Ed Dowd found and explain why there is no other explanation. 5. The following image (a stacked bar of COVID and other excess deaths) that was created by MiloMac is hard for anyone to explain because the deaths went up when the booster/vax mandates were put in place: 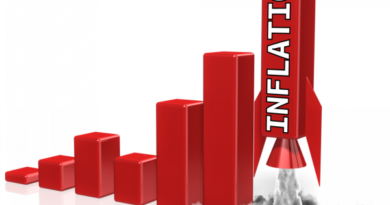 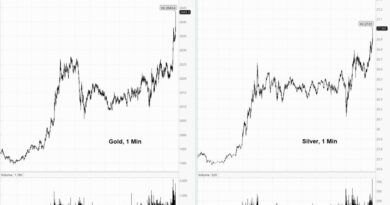 US Bans ALL Russia Oil, Gas and Energy Imports: Ban On Wheat & Food May Be Next (As Silver SKYROCKETS Past $27)