It’s a relatively quieter week compared to the last week’s central bank/quad-witching emotional rollercoaster (if that is possible at a time when the Second Cold War has broken out) and one of the key events this week according to DB’s Jim Reid will be Thursday’s March flash PMIs from around the world where we’ll see the first impact of the Russia/Ukraine conflict on activity, especially in Europe.

Outside of that, UK CPI data on Wednesday is going to be very interesting after the BoE warned on both growth and inflation last week in their surprisingly dovish hike. See our UK economist’s review here. There is also the Spring UK (Budget) Statement on Wednesday (preview here) where all things fiscal will be in focus.

Wednesday’s new home sales, Friday’s pending home sales and Thursday’s durable goods are the main economic releases in the US.  The week’s key evon events are summarized in the table below:

There’s also plenty of Fed speak to sharpen up the message from last week’s FOMC but don’t expect a chorus line singing from the same song sheet. The dot plot showed the range of YE ’22 Fed funds rates, as forecast by the committee, was a historically wide 1.4% to 3.1%. Boston (non-voter hawk) and Chair Powell himself are up today with the latter also on the docket on Wednesday. Williams (dove) will be on a panel tomorrow but also gives a speech on Friday. Daly (non-voter / dove) speaks tomorrow, Wednesday and Friday. Mester (voter / hawk) speaks tomorrow. Bullard (voter / hawk) is up on Wednesday and remember he was the lone 50bps dissenter last week. Kashkari (non-voter / dove), Governor Waller (hawk) and Chicago President Evans (non-voter / dove) speak on Thursday. Barkin (non-voter / hawk) concludes the Fed’s business for the week on Friday.

Here is a day-by-day calendar of events, courtesy of Deutsche Bank

Finally, looking at just the US, Goldman writes that the key economic data release this week is the durable goods report on Thursday. There are several scheduled speaking engagements by Fed officials this week, including remarks by Chair Powell on Monday and Wednesday, and remarks by New York Fed President Williams on Tuesday and Friday. 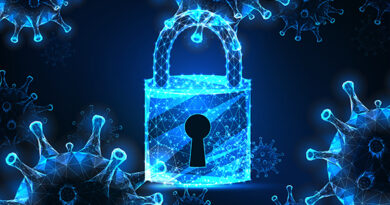