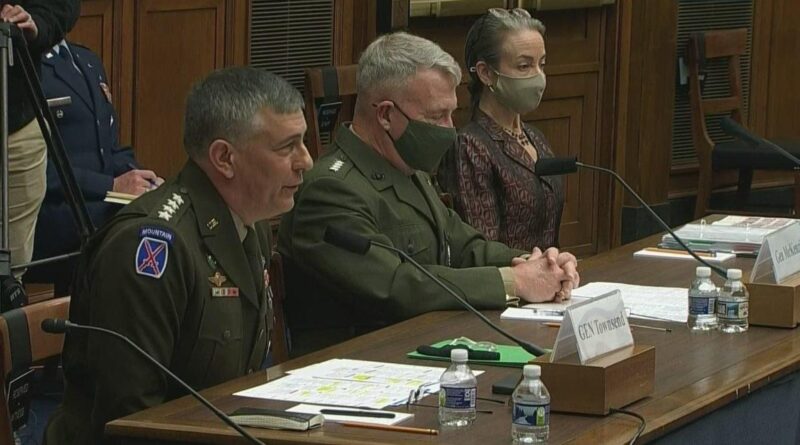 This Tuesday US General’s told congress that withdrawing from wars in the Middle East and Africa was a bad idea and advocated that the “forever wars” continue to wage on, all as the US Government starves Afghanistan.

In 2020, former US President, Donald Trump, ordered the withdrawal of American forces from Somalia and promised the Afghan Taliban a withdrawal from Afghanistan, which eventually went ahead under the Biden administration last year. Despite the ostensible withdrawal of the US military from the 20 year long war in Afghanistan, the United States did not exactly leave Kabul to its own devices and froze 7 billion dollars in assets, whilst the country verged on famine.

In February, the Biden administration decided that it would release the $7 billion in Central Bank assets, but would keep it out of the hands of the Taliban which took over following the collapse of the US-backed government that had been installed in Kabul. The plan that was signed into action set forth that the funds were to be distributed between aid money for suffering Afghans and “American victims of terrorism” including family members of 9/11 victims.

The audacity of this move was truly unspeakable, to give Afghanistan’s assets to Americans, as well as to an aid fund, which apparently the Afghan government isn’t allowed to get its hands on. What exactly makes the aid organisations filled with Westerners entitled to this money?

On top of this, 98% of Afghans are short of food, and this move, according to experts like Dr Shah Mohammad Mehrabi, will only make things worse for them by aiding the downfall of the country’s already crippled economy. “You’re talking about moving toward a total collapse of the banking system,” said Mehrabi, who said that Washingtons actions were “short sighted”. This criticism aside, it isn’t even clear when the funds will be released at all, even to the obscurely labelled aid ‘fund for Afghans’, which will ostensibly provide limited relief to some who are suffering.

Terry Rockefeller, whose sister was killed in the 9/11 attacks said on releasing the funds that, “there is not only a moral imperative in doing this, there is also a national security interest in doing this and preventing Afghanistan from sliding into total collapse”. Other family members of 9/11 victims have also voiced their outrage at the hesitancy of the US government to release Kabul’s funds.

It is not only that the United States invaded, occupied, looted, and stole from Afghanistan, but now the arm chair Generals of the US military think that they weren’t doing this long enough and feel that ending the most expensive war in human history was a bad idea — by “ending” they really just mean limiting their still ongoing covert engagement.

In the case of Somalia, Gen. Stephen Townsend, who is head of U.S. Africa Command, says that withdrawing troops from the country poses a greater risk and asserted that sending in forces for special operations is much more costly. He advocated instead that the US would be better off inside Somalia, a country which Joe Biden has given the green light for bombing both this year and last. What was Defense Secretary, Lloyd Austin’s, reaction to this news? He decided to consider changing the US approach.

Gen. Frank McKenzie, head of U.S. Central Command, stated on the other hand that the US’s lack of airstrikes in Afghanistan is a bad thing and is the reason for an alleged growing Daesh [ISIS] threat to Americans. He provided no information to support his claims, yet told congress that without US airstrikes al-Qaeda and Daesh present a bigger threat and warned that both Russia and China may try to capitalize on America’s absence inside Afghanistan.

What is truly revealing about all of the above information, is that the modus operandi in Washington is so imperialistic and violent that such discourse is completely acceptable. How is it possible that elected officials and Generals — supposedly working for the safety of US citizens — are advocating violating the sovereignty of foreign countries and talk of invasions of their territory, in addition to airstrikes, as if its rational?

Why can the Taliban government not get its hands on the country’s assets? They have nowhere near the amount of blood on their hands as the United States Government and its clear that Washington has no problem with violent extremism — as long it is useful — as it places no restrictions on its best friends in Riyadh, one of the most openly extreme and authoritarian governments in the world. These flagrant double-standards not only reveal US imperialism and systemic bigotry, but are resulting in the suffering of millions of people around the world, both at home and abroad. Yet somehow the West believes it has the right to lecture others about civility and imperialism. 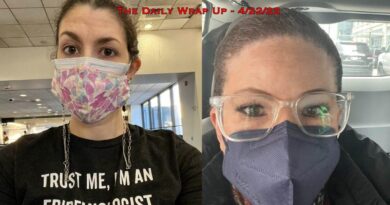