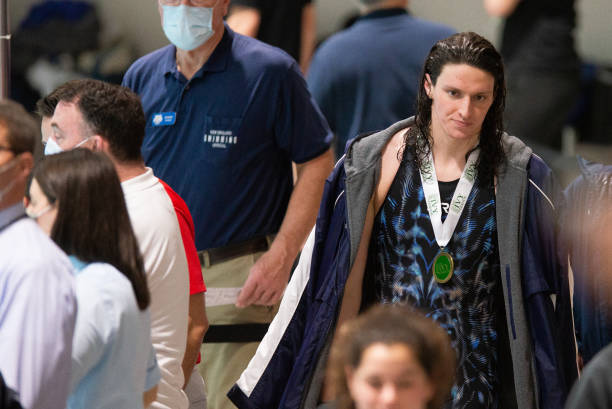 Virginia Tech swimmer Reka Gyorgy recently published an open letter accusing the NCAA of being “disrespectful against the biologically female swimmers” for allowing transgender UPenn swimmer Lia Thomas to compete as a woman in college sport.

“I’m writing this letter right now in hopes that the NCAA will open their eyes and change these rules in the future. It doesn’t promote our sport in a good way and I think it is disrespectful against the biologically female swimmers who are competing in the NCAA,” Gyorgy wrote in her letter initially posted to her private Instagram account.

WOW: Virginia Tech swimmer Reka Gyorgy says her finals spot was stolen from her by Lia Thomas because of “the @NCAA‘s decision to let someone who is not a biological female to compete.” pic.twitter.com/vrtEfqZ0LW

Gyorgy’s letter is significant because she is one of the few swimmers currently in college sports to put her name to criticism of the NCAA’s decision to allow the biologically male Lia Thomas to compete as a woman. Dozens of others have spoken out, but all did so anonymously for fear of radical leftists destroying their college athletic careers.

“My name is Reka Gyorgy from Hungary. I am a 2016 Rio Olympian, represented Virginia Tech for the past 5 years, a 2-time ACC champion, 2 time All-American and 3-time honorable mention All-America,” the swimmer continued.

“With all due respect, I would like to address something that is a problem in our sport right now and hurting athletes, especially swimmers,” Gyorgy wrote. “Everyone has heard and known about transgender [swimmer], Lia Thomas, and her case including all the issues and concerns that her situation brought into our sport.”

Gyorgy then noted that she respects and “fully stands” with Lia Thomas. Gyorgy said that Thomas is just like any other swimmer who has trained and sacrificed for swimming. But she then added, “On the other hand, I would like to critique the NCAA rules that allow [Thomas] to compete against us, who are biologically women.”

“I’m writing this letter right now in hopes that the NCAA will open their eyes and change these rules in the future. It doesn’t promote our sport in a good way, and I think it is disrespectful against the biologically female swimmers who are competing in the NCAA,” the student-athlete wrote.

Gyorgy said that she swam the 500 freestyle at the NCAA championship on Thursday and placed 17th — meaning she missed the cut by one spot while Thomas did not.

“I’m a 5th year senior, I have been top 16 and top 8 before and I know how much of a privilege it is to make finals at a meet this big,” Gyorgy said. “This is my last college meet ever and I feel frustrated. It feels like that final spot was taken away from me because of the NCAA’s decision to let someone who is not a biological female compete.”

“I know you could say I had the opportunity to swim faster and make the top 16, but this situation makes it a bit different and I can’t help but be angry or sad,” Gyorgy explained. “It hurts me, my ear and other women in the pool. One spot was taken away from the girl who got 9th in the 500 free and didn’t make it back to the A final preventing her from being an All-American. Every event that transgender athletes competed in was one spot taken away from biological females throughout the meet.”

The Virginia Tech swimmer noted that the “NCAA knew what was coming this past week. They knew opinions and minds will be divided and chose to do nothing.”

Gyorgy also said that this isn’t Lia Thomas’ fault but is “the result of the NCAA and their lack of interest in protecting their athletes.”

“I ask that the NCAA takes time to think about all the other biological women in swimming, try to think how they would feel if they would be in our shoes,” she concluded. “Make the right changes for our sport and for a better future in swimming.” 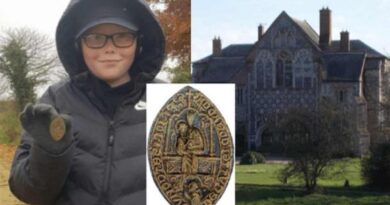 Six of the best: a run down of last week’s top stories

Daily Briefing: Things Are Even Tougher All Over 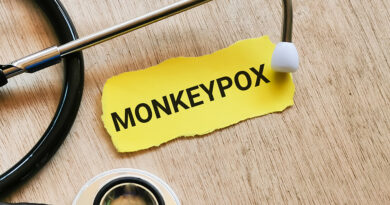 Monkeypox transmission could accelerate this summer, warns WHO… but is it just more fearmongering?