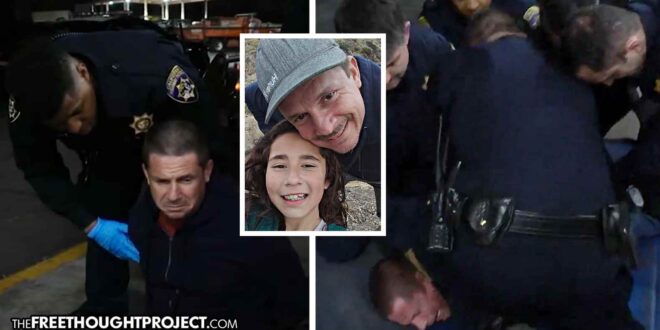 Los Angeles, CA — The words ‘I can’t breathe’ have become a rallying cry for those who advocate for an end to police brutality. In case after gruesome case, these words are captured on video as cops squeeze the life from American citizens. Though police apologists will claim that saying “I can’t breathe” means you can breathe because you can talk, time after time, they are proven wrong.

Although they were likely uttered countless times before, as cops squeezed the breath from their victims, the words “I can’t breathe” were burned into history when officer Daniel Pantaleo choked the last breath from Eric Garner.

Showing their utter disregard for human life and the disturbing nature of the thin blue line culture, NYPD officers had shirts made that said, “I can breathe,” to mock the last words of a father of six, who they killed.

Those words have been caught on film countless more times since that fateful day, yet they didn’t spark a major outcry until George Floyd uttered them on Memorial Day in 2020 as cops squeezed the life from his body.

Instances like Floyd’s happen so frequently that since that day, multiple body camera videos have been released showing cops doing the same thing to other folks, who die shortly after saying, “I can’t breathe.”

Edward Bronstein was one of these men. Though he died two months before Floyd, video was not released until this month as part of a lawsuit. After watching the video, we now know why the California Highway Patrol fought for two years to keep you from seeing it.

For a misdemeanor, Bronstein was handcuffed, thrown to the ground and suffocated to death by a half dozen cops — none of whom have been held to account for his death.

The nightmare for Bronstein’s family began when this father of five was pulled over for alleged DUI. When Bronstein refused to have his blood drawn, which is his right, he was subsequently attacked and killed.

Tragically, Bronstein’s family said that he had a fear of needles which is why he didn’t want to submit to the test.

“[Bronstein] says, ‘I can’t breathe’ 12 times, is what I counted,” said family attorney Michael Carrillo during a news conference this week. “Twelve times he says, ‘I can’t breathe.’ Not one officer took the action to pull the others off of him. Pull him to his side … do something to give him air.”

According to the family’s lawsuit, filed in December 2020, CHP officers used excessive force against the unarmed and restrained man who was not a threat to anyone.

What’s more, after they squeezed the life from him, instead of providing potentially life saving first aid, like CPR, cops simply slapped him in the face.

“Instead of trying to save his life, they slap him in the face thinking that’s going to wake a dead man up. Where is CPR? Where is first aid? None of that is administered to Edward Bronstein, and that’s why his family is suffering here today,” said Carrillo.

As the video shows, Bronstein is begging the cops to get off of him, crying that he can’t breathe and that he is complying.

“This is wrong,” Bronstein said, to which a cop replies, “You are bringing the fight to this, not us.”

Bronstein would tell the officers who several more times that he couldn’t breathe before he became unresponsive and died — for an alleged misdemeanor.

“What these officers did on that day was reprehensible and shocking,” said Luis Carillo, another one of the family’s attorneys, according to ABC7.

“My dad was a good person,” said Bronstein’s daughter Brianna Palomino. “Nobody deserves to die this way. They left all of us without a dad.”

CONTENT WARNING: Two months before the George Floyd incident, eleven CHP officers pinned Edward Bronstein to the ground as he screamed and said he couldn’t breath. The coroner said he died of “acute methamphetamine intoxication during restraint by law enforcement.” pic.twitter.com/D5GfY94fqH 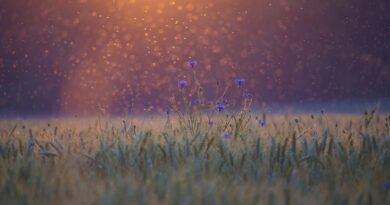 Company Says 1st Stage of U.S. GMO Mosquito Project a “Success” despite Results NOT Being Independently Confirmed or Peer-reviewed 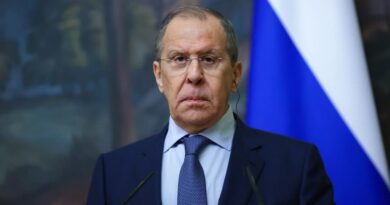