Expect much higher food prices because they are coming.

US Effectively Sanctions the World

It’s rare that I agree with anything on the New York Times.

Yet, I follow many sources I disagree with because sometimes they express a view worth considering.

This is one of those times. My Bestie @friedberg spoke eloquently about this issue on the most recent episode of @theallinpod. Is anyone in Washington focused on achieving a ceasefire before it’s too late and millions go hungry? https://t.co/UvEwfS982h

Let that sink in, because it is a beautifully accurate synopsis.

The amusing thing about all of this is that president Biden is doing exactly what Trump would have done.

And it highlights the Fed’s dilemma.

What Can the Fed Do About CPI Inflation?

The answer is nothing or next to nothing. Rates hikes will not impact inelastic items.

The Disney Company Quits Russia – And Not a Moment Too Soon 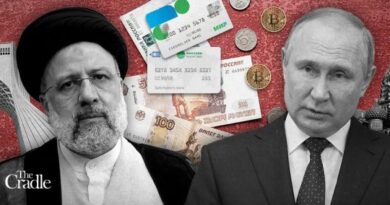 The Sanctioned Ones: How Iran-Russia Are Setting New Rules