Last March, Rachel Levine became the first openly transgender person to be approved for a federal position. Prior to that Levine served as Secretary of Health in Pennsylvania between 2017 and 2021. During this time, she oversaw the state’s response to the coronavirus pandemic.

Twitter has suspended the account of the news satire website The Babylon Bee over an article about US Assistant Secretary for Health Rachel Levine, according to the website’s CEO Seth Dillon. He posted a message from the social media platform saying that The Babylon Bee violated Twitter’s rules “against hateful conduct”.

Dillon said the account will be restored in 12 hours, but the countdown will begin when the website deletes the article, something the CEO emphasised the website won’t do.

“We’re not deleting anything. Truth is not hate speech. If the cost of telling the truth is the loss of our Twitter account, then so be it”, Dillon wrote.

The article then constantly made fun of Rachel Levine, who transitioned to a woman in 2011 and had a sex reassignment surgery in 2014, being born a man.

“Rachel’s original name is Richard Levine, but he changed it to Rachel for some strange reason a few years ago. Who cares? Who says a dude as accomplished as this can’t be named ‘Rachel?’ This king doesn’t care what people think about him! He often wears a dress, which some people think is weird — but he doesn’t care one bit. Come on! Men in India wear dress-type garments, don’t they? Since announcing this award, we’ve been told that Levine actually identifies as a woman. We have still chosen to give the award as his self-identification has no bearing on the truth. Congratulations, Rachel Levine!”, the article read.

CEO Seth Dillon has since signalled that he views Twitter’s suspension as censorship. In a statement on social media, he said he received messages from people asking “how they can help”. Dillon wrote the following: 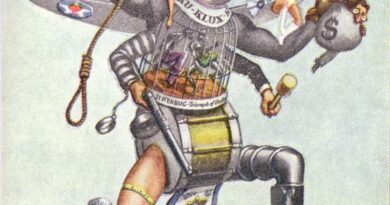