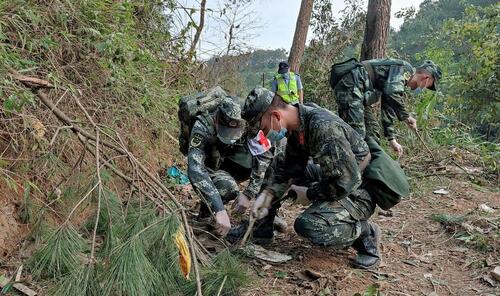 After combing through the wreckage of China Eastern Airlines Flight MU5735, Chinese authorities said early Tuesday that they hadn’t found any survivors from the devastating crash, which marked the end of a 12-year streak without any passenger airline crashes in China. Authorities also haven’t been able to locate the black box from the downed Boeing 737, which could lead to serious obstacles with the investigation.

The plane crashed in the mountains of Guangxi Province in Southern China on Monday with 132 people on board (123 passengers and nine crew). Footage of the crash that circulated on social media showed the plane nosediving out of the sky in a manner that aviation experts said was “highly unusual”…even within the context of deadly aviation accidents.

But rescue workers did recover some items from the wreckage, including ID cards and a wallet, among other items that may have belonged to the passengers, according to footage from state broadcaster China Central Television. Scraps and broken components from the plane were scattered on dirt paths and amid fallen branches, as shown by a video by the Chinese Communist Party’s flagship publication People’s Daily. Wreckage from the crash was strewn across a mountainous, heavily forested region, making finding the “black box” exceedingly difficult. Investigators are also hoping to find a copy of the cockpit recorder, which they hope will also provide some clues.

The crash ignited a fire big enough to be seen by satellite imagining, and authorities are using drones and other high-tech solutions to continue hunting for the black box (and for any potential survivors, although based on the nature of the accident, experts expect that all of the passengers and crew were likely lost). To try and clear a path to the debris, China employed excavators, which were shown moving dirt and debris to try and make the wreckage more accessible. Footage of the effort was shown on Chinese TV.

Video of the crash showed the plane nosedive at an angle of about 35 degrees, which is extremely steep.

Assuming all 132 on board have died, Monday’s accident ranks as the deadliest for Chinese aviation in nearly three decades.

The Boeing 737-800 was traveling from the southwestern city of Kunming to the southern metropolis of Guangzhou was at cruising altitude on Monday before nosediving at 1420 local time, according to flight-tracking data.

Rescue efforts are being overseen by China’s Vice Premier Liu He and an official from Beijing’s cabinet. They’re leading a team at Wuzhou, a city in Guangxi near the crash site. Chinese President Xi Jinping, who ordered the search-and-rescue mission, has said he was “shocked” by the accident.

Meanwhile, details about the people who were lost in the crash have started to emerge. Dinglong Culture Company, a Shenzhen-listed firm based in Guangzhou whose businesses include titanium-ore mining and entertainment, said that its chief financial officer, a woman named Fang Fang, was on the flight, according to WSJ.

Zhongxinghua Certified Public Accountants, a Beijing-based accounting firm, said two people working for the firm in its Guangdong branch were on board the plane. They expressed their condolences.

The Civil Aviation Administration of China is leading its own investigation into Monday’s crash, while the American National Transportation Safety Board has appointed a senior air-safety investigator to act as a US representative. Representatives from Boeing, engine maker CFM International and the FAA will also act as technical advisers during the course of the investigation (which is typical when a Boeing plane crashes outside the US).

A checkpoint was set up by authorities not far from the crash site, and no journalists were allowed to pass. Chinese authorities said they will hold a briefing on the crash Tuesday evening, but it’s unclear what they might say (other than to perhaps confirm that everybody on board the doomed flight perished).

Russia Speaks Out Against High Oil Prices As Brent Nears $100 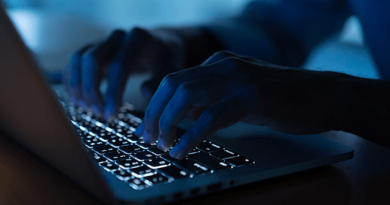