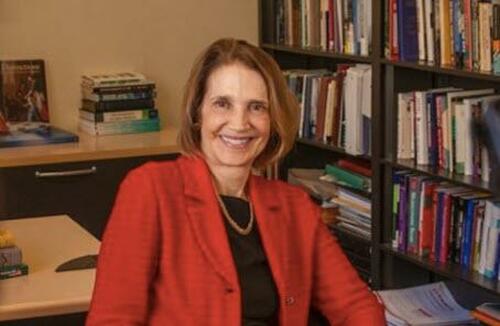 An economics professor has a solution for the little people dealing with the country’s inflationary woes: Use mass transportation, eat more veggies instead of meat, and cut back on unnecessary care for your pets.

In a Bloomberg.com op-ed, the New School’s Teresa Ghilarducci says these tips are a good idea for anyone making less than … $280,000 per year.

“To deal with gas prices, it’s worth reconsidering public transportation if it’s an option where you live,” Ghilarducci says.

After all, mass transport fares are up only 8 percent compared to 38 percent for gasoline.

And don’t think about getting a new car; prices for brand new vehicle are up 12 percent, while those for used cars have skyrocketed 40 percent.

And “when it comes to food,” the professor says, “don’t be afraid to explore.”

This means going for “tasty meat substitutes” such as veggies, lentils and/or beans as meat prices have shot up 14 percent.

“Plan to cut out the middle creature and consume plants directly. It’s a more efficient, healthier and cheaper way to get calories,” Ghilarducci adds.

Inflation stings most if you earn less than $300K. Here’s how to deal:

➡️ Take the bus
➡️ Don’t buy in bulk
➡️ Try lentils instead of meat
➡️ Nobody said this would be fun https://t.co/HGJEoXL5ZZ

And stay away from buying in bulk — you usually don’t save any money by buying more. Sure, there may be great deals, but most consumers wind up falling for the tricks that entice them to spend more — things like offering free samples, which often leads to impulse buying, or placing discounted big-ticket items near the entrance. If you absolutely must buy in bulk, try to do it with a friend, so you can split some of the costs and ensure everything gets eaten or used. …

If you’re one of the many Americans who became a new pet owner during the pandemic, you might want to rethink those costly pet medical needs. It may sound harsh, but researchers actually don’t recommend pet chemotherapy — which can cost up to $10,000 — for ethical reasons.

One item not on Ghilarducci’s list: Kicking out Democrats from Congress this November, and Joe Biden two years from now. 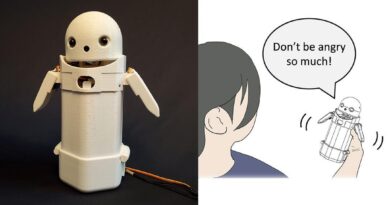 Robot that seems to convey emotion while reading