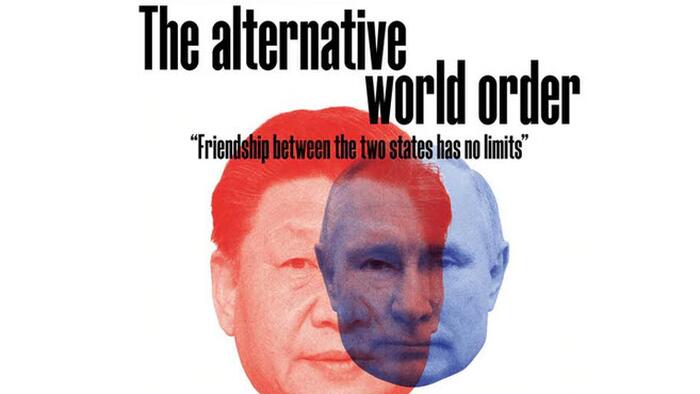 Friday saw a big “Z” rally in Moscow “against Nazism”, where a crowd were paid and/or bused in to hear songs about Russia, Ukraine, Belarus, and Moldova all ‘being my country’ (“I was baaawn in the USSR!”) from a patriotic singer a Russian friend tells me just applied for an Israeli passport, but was rejected. Putin declared that only through thunder and storms does Russia find glory: and coincidentally(?), Russia fired aircraft-based Kinzhal missiles capable of being nuclear-armed. We also have unconfirmed reports of risks of starvation in Mariupol – and globally, if things don’t change; of captured Ukrainians taken to work-camps in Russia; and, improbably, that “Ukraine’s military intelligence claims Russia’s elites are plotting to OVERTHROW Putin to restore economic ties with Western countries. Aleksandr Bortnikov, head of FSB security agency, is allegedly being considered as Putin’s successor.” I am sure if that were about to occur, The Kyiv Independent would *not* be the first to know.

Yet these are truly historic times. A now-rearming Germany striking a long-term energy deal with Qatar, and pushing for an US-EU trade deal due to “shared values”, refers to them as zeitenwende. Niall Ferguson talks about historical turning points – if we have the stamina and leadership. Russian expert Ivan Krastev tells Der Spiegel: “Our world has changed. We used to be in a post-war world, now we are in a pre-war world… A friend of mine works at one of the biggest business schools. I told him: Everything you are teaching is useless. Just as useless as teaching socialism studies was in 1990. The world of globalization and free trade, in which the economy was only interested in bottom lines and not in politics, will be over.” Even The Economist has a picture of a shipping container merged with a tank, arguing the West needs to find a new combination of free trade and security. (Which is….?)

Yet not everyone agrees. A former World Bank Group chief economist and editor-in-chief of the American Economic Review argues “One of the strongest arguments for free trade is that it promotes peace between participating countries“, even as what free trade we still have with Russia pays for it to bomb Ukraine; and that prompted US economic commentator Matt Stoller to retweet the comment while adding: “I still think my best reform proposal is to throw all economists into the sea.” As the joke about doing that with all the lawyers goes, ‘it’s a start.’

But next up must surely be many in markets. On Friday, I argued if the Biden-Xi call went well, markets would take it as positive; if it went badly, markets would take it as a huge negative; and yet what we were told happened on the call might not be the whole story. Markets saw the bullet points released by the Chinese side *before the call was even over*, which had key words like “peace” and the need for good US-China relations,…. and fell for it hook, line, and stinker even though the US readout was short and brusque.

That’s a very bad call call. It’s as bad as Eurasia Group’s Ian Bremmer calling for President Biden to visit Kyiv, when if a bomb hits him it’s WW3; or one on Twitter from an Asian hedge fund player (although in truth I find it hard to tell if they are a parody account or not) which says: “Seems initial reaction to Xi – Biden call was positive, as expected, but let’s see how Western media ‘interprets’ it. US and China= BFFs?” And, when someone pushes back, the response being: “…not everyone’s view counts equally. The view of those participating in the capital markets matters disproportionately more, this is why the US runs the world.” Which is ironically what this is all about, while still being completely wrong.

Geopolitical analysts, including ones who cover markets too, note that underneath the algo-triggering headlines the reality was that Beijing:

Here is a list of better call calls from geostrategic thinkers from both sides of the divide:

Let me hammer this point home. Several commentators point out that if China’s logic is now that US NATO expansion justifies Russia invading a non-NATO member, it could also justify Beijing invading another Asian country if the US is seen as expanding NATO to Asia – which is exactly what Beijing says *is* happening.

I am sure many will want to ignore all of this and prefer to go with the risk-on headline ‘analysis’; in the same way Bloomberg today has a headline “WORDS AND ACTIONS”, quoting Ukrainian President Zelenskiy saying he is “ready to talk to Putin”… while underplaying that Zelenskiy added if Putin doesn’t, it will mean WW3. There are words for you. And actions. So, by all means be optimistic; go risk on; and, reflexively, drive markets higher to claim market voices matter more. But don’t believe financial fiction and real life are the same. Especially not when politicians and generals are getting more media time than economists.

Indeed, let’s go back to that bad call call from the ex- World Bank economist by contrasting his failed Norman Angell approach with a Global Times interview with Chinese intellectual Zheng Yongyian, who argues:

“For China, this war is a huge lesson. The biggest difference between China and the Soviet Union and Russia is that Russia is only a military power without strong economic strength, while China has both sufficient military strength to protect itself and close economic ties with the West. This explains why US elites believe China poses a far greater challenge to the US than Russia does. This explains why the US has been greatly uneasy about China’s Military-Civil Fusion (MCF) development strategy over the years. The US is the most successful country in MCF in the world. Naturally, it does not want China to become such a country too.

Economic openness and interdependence cannot prevent a war, but they can slow it down. We can regard the Russia-Ukraine conflict as a “preview” of the US’ possible acts in Asia: Once fierce conflicts happen between China and the US, will the US kick China out of the SWIFT system as it did with Russia? My opinion is: 100% YES.

However, if the US and Europe’s economic sanctions on Russia backfire by 50%, the figure will come to 100% if they sanction China, a country with an open and strong economy. In this way, such sanctions will be difficult to sustain. At that time, China will not need to use the threat of nuclear weapons to defend its own interests like Russia, as China’s economy, deeply embedded in the West, will already make the West feel real pain. Therefore, China must stride toward greater opening-up, and Chinese enterprises must overcome all difficulties and keep going global.”

In other words, a Chinese strategy of economic engagement with the world, and with Europe in particular, is driven by a desire to so link others to its supply chains that it would be impossible for them to do to them what they are now doing to Russia.

Is this neoliberal peace in our time, as some sell it, or a realpolitik inability to prevent war or coercion from happening? The world, and world markets, will pivot on that question. Make sure *you* get the call right.

(As, at a far less consequential level, Evergrande’s shares were just suspended from trading again.)

President Xi Pushes Putin To “Negotiate” With Ukraine After Incursion