Today’s zeitgeist is that all politics is but a Manichaean tapestry of the ‘good’ and those who have failed to ‘decolonise’ from their past.

The war taking place in Ukraine has been understood on one side – the wider western view – in terms of the secular expression of today’s western culture. Typically, it is cast as a struggle of this culture, loosely packaged as ‘democracy’ versus the authoritarian culture of Russia, Iran and China – cultures that reflect offensive, nativist and repressively ‘incorrect’ values.

It is believed that Putin is held “to have sensed weak political leadership in America – and like a chess player who sees weakness on the board, and an opening for an attack – takes it”.

This represents the authentic reading of a majority in the West. It is not hard to see why it should have become the settled view. It comports closely with today’s zeitgeist that all politics is but a Manichaean tapestry of the ‘good’ who see things in a ‘modern’ and culturally-aware way – and those who have failed to ‘decolonise’ from their past.

This does not however, fully explain the frenzy of hostile passion directed at Putin, Russia and everything Russian. Nothing close to this has been seen since World War II. Even then, it was not everything German that was cast as evil.

Notwithstanding the passion, this western reading of the world has an underlying logic. And it is a logic which is ineluctable and fraught with peril: For example, Zelensky’s speech to the U.S. Congress underscored a nation facing unprovoked attack; a nation that has drawn support and sympathy from the rest of the world, but one that is not a member of the NATO alliance. The message was simple and clear: “I call on you [the West] to do more”.

In response, former defence secretary Leon Panetta described Zelensky this week as “probably the most powerful lobbyist in the world right now”. Again, the logic behind the construct that Russia has launched – unprovoked – the biggest land war in Europe since WW2 for tactical gain ‘on the chessboard’ ineluctably defines the inevitable response: More military support for Kiev is necessary, so that Putin senses the danger on the board, and acts to protect his high-value ‘chess pieces’.

So far, the U.S. support falls just – but only just – short of NATO intervention. Zelensky’s words and the video he shared (albeit clearly crafted by a professional PR agency – roughly shaven, fatigue t-shirt, etc.), carried an emotional impact that turned this appearance (and those in other Capitals) from the ordinary to the extraordinary. To what it will lead, is the obvious question.

Panetta suggested in riposte, “If Putin is doubling down, the U.S. and NATO have to double down”.

We should be clear: Panetta is not alone. The info-war; the frenzy for war, is gathering pace. There are those urging Zelensky to keep up the messaging; telling him that ultimately NATO’s refusal to intervene will crack.

But what if the above consensus analysis is WRONG? What if it constitutes a potentially catastrophic misreading of Putin and his team and – more importantly – of the mood amongst the majority of Russians?

Simply to view the conflict through such a reductionist lens, omits and erases all the hidden religious, racial, historic, political and cultural overtones to the conflict. It facilitates a banal stereotyping that can lead to bad decision-making.

If the West is wrong in its stereotype of an ‘unprincipled authoritarian leader’ – Putin, taking his country into war for some ephemeral tactical gain against the West – then the West may also be wrong in thinking that it is fighting a tactical war; and wrong therefore in imagining that tactical moves consisting in loading pain onto the Russian pan to tip the scales will result in ‘a climb down, by a Putin cut down to size’.

What we would have then is total war practiced on the one hand by Russia, cast as one in which Russia either defends itself, or it ceases to exist; and on the other side, a ‘west’, locked into the logic of its own construct, and edging closer to its own (secularised) ‘holy war’.

Zelensky’s words and video carried a heavy emotional impact across western capitals – clearly intended to feed into a heated atmosphere of emotions, at almost break-point. This emotional charge adds to the angst of America in decline; to the evidence that fewer countries instinctively now bow to the U.S., as readily as they did in the past. It is unsettling. It can trigger aggressive feelings of wanting to hit back at whoever it is that is belittling the notion of a nation with a unique destiny.

This emotional content already is blinding western commentators to military realities on the ground which are ignored and effaced by daily claims of heart-rending atrocities. In today’s West, analysis has become a mere expression of correct culture, and any mention of ground realities, almost a crime. It is the perfect context for mistakes to be made.

To what will it lead: The logic is compelling: A western total war?

An award-winning Russian filmmaker, Nikita Mikhalkov, made his own address to the Russian people – a parallel to Zelensky’s address to Congress, perhaps:

“Look at us [the Russian people] and remember that they will do the same thing to you when you show weakness … Brothers, remember the fate of Yugoslavia and do not allow them to do the same to you. I am personally convinced that this is not a war between Russia and Ukraine, this is not a war between Russia, Europe and America. This is not a war for democracy that our partners want to convince us of. This is a global and perhaps the last attempt of Western civilization to attack the Russian world, Orthodox ethics, on traditional values. He who is brought up on these values will never agree to what they offer us, from same-sex marriages to the legalization of fascism. War is a terrible thing. I don’t know a normal person who thinks war is a good thing. But Ukraine, America and Europe began preparing for this war back in 1991 … There are two ways out of this situation – we will either defend ourselves; or we will cease to exist. In the end, I offer the wise words of a smart man: “It is better to be hanged for loyalty, than to be rewarded for betrayal”.

Mikhalkov is no ‘outlier’. Dr Mariya Matskevich of the Institute of Sociology of the Russian Academy of Sciences explains that a large part of the Russian population views the war in Ukraine as “a holy struggle” and “a war of Russia with the entire rest of the world.” She adds that this is a position many Russians find far more congenial than any cooperation with the outside world., She notes that polls consistently, and generally accurately, demonstrate this pattern, as well as the widespread belief that what Russia is doing in Ukraine is defending itself against a Western attack. Because of this, popular Russian support for Putin, his government, and even his United Russia party, has risen since the start of hostilities.

The notion of ‘total war’ was expressed forcefully on a primetime TV channel by a prominent Russian thinker and author, Professor Dugin. His views drew wide support:

You may agree or disagree with this view, but that is not the point. The point is whether it be an authentic view, or not, of the Russian people. If it is, then Putin and Russia will not back-down over a new raft of western sanctions, nor even new drones or weapons supplied to Kiev: total war is, of course, existential – to the end.

An eminent Serbian academic, Professor Vladusic, puts this into wider context: “There is a map of civilizations in Huntington’s Clash of Civilizations: On that map, Ukraine and Russia are painted the same colour, because they belong to the same, Orthodox civilization. And right next to Ukraine, the dark colour with which Huntington marks the civilization of the West – begins:

“[As I] look at war through Huntington’s eyes, here is what I conclude: the war between Russia and Ukraine is a great catastrophe for Orthodox civilization. The hypothetical disappearance of Russia would also be the end of Orthodox civilization, because there is no other, sufficiently powerful Orthodox country to defend other Orthodox nations. Huntington then whispers to me that it has never happened in history for a country to move from one civilization to another, not because some countries did not try, but because, simply put, other civilizations never accepted them permanently. Without Russia, the geopolitical price of the remaining Orthodox countries would fall so much that other civilizations would, at best, bring them down to the level of dying colonies. This, of course, also applies to Ukraine. At the moment when Russia would be defeated, which means, most likely, divided into several states, the same fate would probably befall Ukraine. We all know what the word Balkanization means”.

It looks as if total war may become inevitable. The two different interpretations of ‘reality’ touch at no point. The logic is ineluctable. Within these architectures of hatred, selected or invented historical facts about Russia, its culture, and its racial nature are taken out of context – and slotted into prearranged intellectual structures to indict President Putin as a ‘thug’ and a ‘war criminal’.

THIS INFO COULD LITERALLY CHANGE YOUR LIFE & OUR WORLD 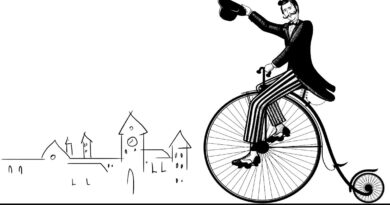