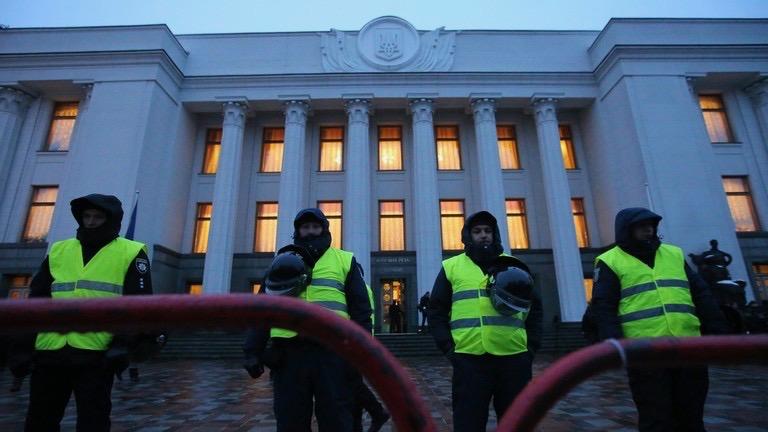 Zelensky justified the ban on mostly left and anti-NATO parties in the country by claiming that they had alleged links with Russia, despite the fact that most of these parties have publicly opposed Russian intervention

In yet another assault on dissenting political views in Ukraine, President Volodymyr Zelensky issued a ban on the activities of major opposition political parties in the country after alleging that they have links with Russia. He also announced the merger of all TV channels in the country in the name of implementing a “unified information policy”, thus creating a government monopoly over the medium.

Citing the need to maintain the unity of the country, Zelensky claimed in a statement that “the National Security and Defense Council decided, given the full-scale war unleashed by Russia and the political ties that a number of political structures have with this state, to suspend any activity of a number of political parties for the period of martial law.”

Zelensky also announced the shutting down of all other TV channels in the country and merging them with the national TV. He claimed that the move will help implement a “unified information policy” under martial law. Ukraine has already banned the broadcast of Russian TV channels.

The 11 political parties banned include Opposition Platform for Life, which has 39 seats in the 450-seat Ukrainian parliament. Among the other parties banned are the Party of Sharity, Nashi (Ours) Party, Left Opposition, Union of Left Forces, Socialist parties. Several of these are left-wing parties and have been opposed to Ukrainian membership of NATO and the European Union (EU).

Following the announcement of the ban, Opposition Platform for Life called the move “illegal” and vowed to challenge it in court. It also asked activists and office bearers to continue working, adding that “instead of political dialogue and attempts to search for compromise and ways to unite the country, the authorities are relying on raiding, intimidation, repression and reprisals against their opponents.”

Opposition Platform for Life has a substantial base in the Russian speaking population in Ukraine’s east. It is led by Viktor Medvedchuk who has been charged with treason by the Ukrainian government. He was put under house arrest following the Russian attack. However, it is alleged by the Ukrainian government that he has escaped house arrest. The charge was denied by Medvedchuk’s lawyer.

Just weeks earlier on March 6, Aleksandr Kononovich and Mikhail Kononovich, leaders of the Leninist Communist Youth Union of Ukraine were also arrested by Ukrainian security forces and put in jail. Since then, information about their status has been extremely limited.

Several commentators took to social media to criticize the ban on opposition groups.

Some also questioned the lack of criticism in the western media, which otherwise tends to label such actions as murder of democracy. Many commented that this showed the western media’s “double standard”.

Western governments that have failed to formally issue a statement on the development also faced criticism from some sections.

A long history of banning opposition

The current political dispensation in Ukraine has been accused of being intolerant towards any position critical to its pro-western and pro-NATO policies. The dominance of right-wing and neo-Nazi groups in the political sphere has been witnessed since the Euromaidan movement in 2014, which forced then president Viktor Yanukovych to resign because of his government’s reluctance to adopt pro-EU policies and his supposed closeness to Russia.

The Ukrainian government has also shown a strong hatred towards the country’s Soviet past and has taken controversial steps to erase its memory from the public domain.

Much before the war began on February 24, Zelensky had banned for five years the activities of at least three TV channels with alleged links to opposition parties. The channels ZIK, NewsOne and 112 Ukraine, which were forced to shut down, were owned by Taras Kozak, a member of the parliament from the Opposition Platform for Life party.

Ukrainian authorities also banned the Communist Party in the country in 2015, alleging that it supported separatism and ethnic conflict after it took positions in favor of Russian annexation of Crimea and the independence movements in Donetsk and Luhansk. To issue a ban on its activities, the authorities used a controversial “decommunisation law” passed in May 2015, which required that the party change its name and logo. This law also allows the government to erase the communist and Soviet footprints of the country’s past.

Despite widespread criticism, the Ukrainian authorities refused to revoke the controversial law, also seen to be promoting neo-Nazi groups. It has been underlined that Zelensky’s reluctance to take on right-wing groups in the same way that he is targeting allegedly pro-Russian groups is a sign of their influence in setting the political discourse in the country. 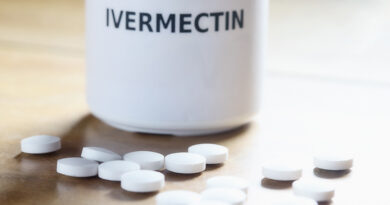 Op-ed: Safe cures against COVID-19 are being suppressed in favor of lethal clot shots 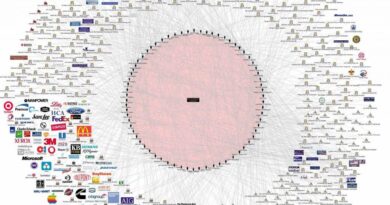