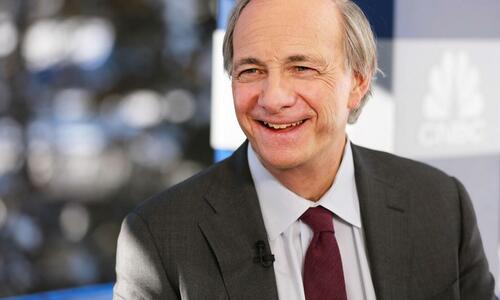 Nearly one year after Ray Dalio revealed that he had purchased “some bitcoin” (although he thinks ethereum is more efficient), Dalio’s Bridgewater Associates, the world’s largest hedge fund, is finally preparing to back its own crypto fund, according to a CoinDesk report.

Sources familiar with Bridgewater’s plans said the firm plans to launch the fund by mid-2022, although the fund’s PR team is officially keeping the project under wraps (at least, for now).

According to CoinDesk, the size of the firm’s investment is “minuscule” compared with its total AUM.

Bridgewater isn’t the first hedge fund to stand up its own crypto fund: Marshall Wace, Brevan Howard and Steve Cohen’s Point72 have all reportedly stood up similar crypto investing operations.

News of Bridgewater’s plans comes just one day after Goldman Sachs revealed that it had carried out its first over-the-counter crypto derivatives trade, a business that the bank expects will grow substantially as more hedge funds look to either own crypto, or hedge their exposure.

While details of the Bridgewater fund were scant, CoinDesk’s sources agreed on a ‘rough timeline’ for the fund’s launch.

“Bridgewater is in a first-half plan this year,” said one of the people in February. “They’re planning on having a small slug of their fund deployed directly into digital assets.”

Hedge funds’ growing desire to embrace crypto as a hedge against the dollar’s fading hegemony come at a particularly auspicious time; even Goldman Sachs is saying that Saudi Arabia’s decision to consider accepting the Chinese yuan as payment for oil would deal a serious blow to the petro-dollar system which is one of the most important underpinnings of the dollar’s global reserve status.

As we have pointed out many times before, nothing lasts forever…

…with this in mind, it’s not too hard to see why Bridgewater and other hedge funds are increasingly turning to crypto; Dalio said last year that he would rather own bitcoin than bonds.

Biden Presented With ‘Menu’ Of Options For ‘Massive Cyberattacks Against Russia