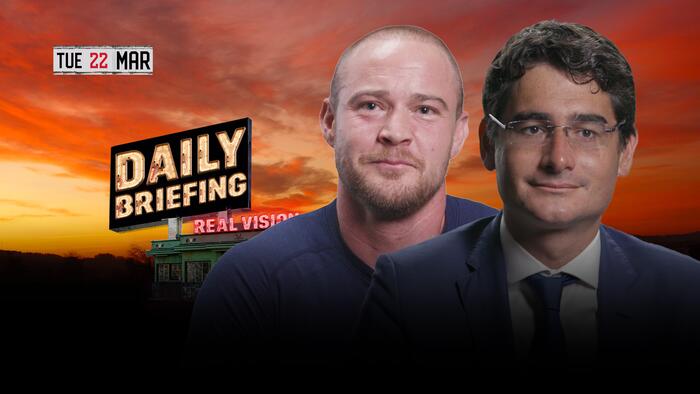 Federal Reserve Chair Jerome Powell said on Monday, “Inflation is much too high,” noting that the Fed would continue to raise interest rates until inflation is under control. And St. Louis Fed President James Bullard reiterated his view that U.S. monetary policy must be tightened quickly to put a stop to upward pressure on inflation that’s already too high, repeating his call for a fed funds target rate above 3.0% this year. Meanwhile, a selloff in government bonds intensified on concerns that rising inflation will drag the nation’s economy into recession. The yield on the 10-year U.S. Treasury note hit its highest level since 2019, as the Treasury market nears the end of what could be its worst quarter since 1973. Altogether, it looks like the hiking cycle could be more aggressive than previously forecast. But what if we have inflation all wrong? Could it be, suggests Vincent Deluard, director of Global Macro Strategy at StoneX Group, that in a service-oriented economy “inflation” is just another word for “growth”? Deluard joins Warren Pies to discuss inflation and growth, monetary policy, and the likelihood of an inverted yield curve in the very near future. Want to submit questions? Drop them right here on the Exchange: https://rvtv.io/3qrBE5m

“No Such Thing As No Fly Zone Lite”: Pentagon Rejects Zelensky’s ‘Close The Sky’ Request