Research reveals the wild weather and weird water cycle on a planet divided into eternal day and night.

Some planets, like ours, rotate as they spin around their stars – an endless turning of day into night into day again. But other planets behave differently; tidally-locked to their stars, one side continually faces the sun, while the other is shrouded in perpetual darkness.

It sounds like the stuff of science fiction, but these planets are really out there – and now, scientists from the Massachusetts Institute of Technology (MIT) have obtained perhaps the clearest view yet of one of these strange worlds.

“We’re now moving beyond taking isolated snapshots of specific regions of exoplanet atmospheres, to study them as the 3D systems they truly are,” says Thomas Mikal-Evans, who led the study as a postdoctoral researcher at MIT’s Kavli Institute for Astrophysics and Space Research.

The planet at the centre of this new study in Nature Astronomy is WASP-121b, a massive, ultrahot gas giant nearly twice the size of Jupiter. It was discovered in 2015 orbiting a star about 850 lightyears from Earth. WASP-121b has one of the shortest orbits detected to date, circling its star in just 30 hours.

But most interestingly for the astronomers studying the planet, it’s tidally locked.

“Hot Jupiters are famous for having very bright day sides, but the night side is a different beast,” says Tansu Daylan, a postdoc with NASA’s MIT-led mission, TESS Transiting Exoplanet Survey Satellite program, who co-authored the study.

What’s the weather like on a tidally-locked ‘hot Jupiter’?

As it turns out, WASP-121b likely hosts iron clouds, gemstone rain, and violent winds that dwarf those on Earth.

Its water cycle is bizarre by Earth standards, too. On our planet, water cycles through the system by evaporating, condensing into clouds and then raining out, but on WASP-121b, the atoms that make up water are ripped apart on the furnace-hot day side, and then blown around to the night side. There, the colder temperatures allow hydrogen and oxygen atoms to condense again into water, before drifting back to the day side – where the cycle starts again.

And it’s not just a weird water cycle that makes WASP-121b so fascinating; because the planet’s night side is cold enough to host exotic metal clouds, those clouds may whip around to the day side, where high temperatures would vapourise the metals into gas form. On the way, it’s possible those clouds pour out unusual rain, such as liquid gemstones formed from evaporated corundum.

But how did the researchers decode the secrets of WASP-121b?

To build a picture of the conditions on the planet, the team observed it using a spectroscopic camera aboard NASA’s Hubble Space Telescope. Spectroscopy allows scientists to observe the light from a planet and its star and then break down that light into its constituent wavelengths, which carry signals about atmospheric temperature and composition.

The team observed the planet for the duration of two full orbits, one in 2018 and again in 2019. To identify the presence of water vapour, they combed through the spectroscopic data for a specific indicator.

“We saw this water feature and mapped how it changed at different parts of the planet’s orbit,” Mikal-Evans says. “That encodes information about what the temperature of the planet’s atmosphere is doing as a function of altitude.”

The team then modelled the data to ascertain what chemicals might be hiding in WASP-121b’s atmosphere; they found the planet’s dark side may have clouds laden with metal, like iron, corundum and titanium.

“The gas gets heated up at the substellar point but is getting blown eastward before it can reradiate to space,” Mikal-Evans explains.

From the size of the shift, the team estimates that the wind speeds clock in at around five kilometres per second – aka a breezy 18,000km/h.

“These winds are much faster than our jet stream, and can probably move clouds across the entire planet in about 20 hours,” says Daylan, who led previous work on the planet using TESS.

The team have reserved time on the James Webb Space Telescope later this year to observe WASP-121b, and hope to map changes in not just water vapour but carbon monoxide as well.

“That would be the first time we could measure a carbon-bearing molecule in this planet’s atmosphere,” Mikal-Evans says. “The amount of carbon and oxygen in the atmosphere provides clues on where these kinds of planet form.”

Originally published by Cosmos as Gemstone rain on a tidally-locked ‘hot Jupiter’? 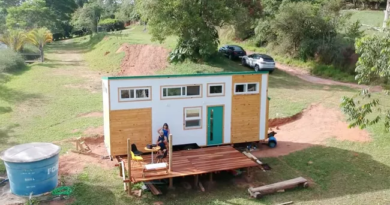