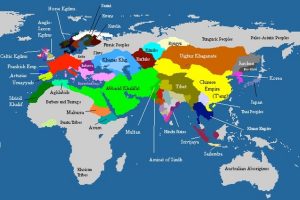 Anyone who loves personal freedom is encouraged to read on

Kazakhstan is the birthplace of the global financial mafia, which has created a wave of unrest that began with mass protests officially triggered by a two-fold increase in liquefied petroleum gas prices at the beginning of this year.

Nowhere in recorded history has the art of making money from nothing been better developed than in the ancient Khazarian Empire, which developed from nomadic robber clans operating on the western caravan routes in the Caucasus Mountains, north of Iraq and between the Black Sea and the Caspian Sea region. By the 10th century, the Khazars had created an empire that stretched from the north of the Black Sea to the Ural Mountains and from the west of the Caspian Sea to the Dnieper River.

The Khazar warlords decided that exchanging and lending money would be more profitable and less dangerous than raiding caravans. There was one problem. The Khazarian Empire was almost equally divided between Christians, Muslims and Jews. Both Christians and Muslims believed that charging interest on a loan, then called usury, was a sin. Only Jews were allowed to openly charge interest on loans. Whether they did it for practical reasons, or out of genuine religiosity, the Khazarian aristocracy professed their conversion to Judaism.

“Some scholars believe that the Khazars are the ancestors of many Eastern European Jews”.

Like, among others, the Rothschilds, who have ruled Europe financially for more than a century, and still do so today by dominating the world financial system. They are the backers of the Rockefellers and other rich families. It is important to note that none of these converted Khazars had any connection with Jews, yet they claim to be Zionist Jews. More to the point, Jews are not Zionists, and Zionists are not Jews.

The modern “magic” of creating money out of nothing had its roots in the ancient city of Babylon, some 600 years before the birth of the Messiah – Yeshua, commonly known as Jesus Christ.

Merchants in this trade were historically known as “money changers”, more precisely; “change your money from your hand into theirs”. When Yeshua stormed into the Temple with righteous anger, overturned the tables of the money changers and severely beat them on their heads and shoulders, they ran out of the Temple, while Yeshua declared:

“Do not make my Father’s house a house of merchandise.”

Jesus Christ was crucified for revealing and eradicating the Money Changers!

These money changers called for His death days later. So, that was the real reason, why Jesus Christ was crucified. Jesus Christ and his followers were Crucified for speaking out boldly against these Evils of the Romans and their False-Israelite Pharisee Puppets.

Before Jesus Christ, at around 50 B.C. it was Julius Caesar who was assassinated when attempting to take control over the money system of the kingdom by minting coins to be used in daily commerce. With plentiful supply of real money, the kingdom prospered, business flourished and everyone benefited. Everyone but the money changers that is, whose livelihood was turned upside down as their control over the nation’s finance was stripped from them.

It’s all a Grand deception, from top to bottom, and everywhere in between. The lie is different on every level! Resulting in worldwide corruption, including; bribes, blackmail, murder, drug running, money laundering, world-wide weapons sales, mind control, human sex trafficking, paedophilia and ultimately even the Satanic Ritualistic Blood Sacrifices of young children as highlighted by the PizzaGate investigation and on a broader scale PedoGate.

The Fear-energies harnessed from these brutal, gruesome rituals are used to feed very real discarnate beings that live on a different frequency level, just outside of our range.

The world has up to 200 million chipped public “henchmen” who are either Draco hybrids, Grey clones or shape shifters – totally corrupted minions, who have become the mid-level “management” of this bizarre Off World Control Matrix.

People slog and slave while stumbling forward, doing what they are told, with no real clue as to where this is all leading, because these look-alikes are simply not of this world, albeit difficult to comprehend and accept!

A group of Satan worshippers – Luciferianism/Satanism/Baal Worship – have managed to infiltrate the highest levels of Finance – The Vatican – Governments – the Military – Religions, and even age-old Secret Societies like the Knights Templars, the Jesuits, Freemasons, and the Knights of Malta. The lie meanwhile has become so huge; it is almost indistinguishable from the truth!

All agencies and institutions are compartmentalised, just being told a small portion of what is being planned on a “Need-to-Know” basis, so they are able to carry out their portion of the plan with no complete overview of the ultimate goals. They are lied to about the rest! Needless to say, if they were told the entire agenda –they would not want to go along with it!

Through the World Wide Controlled Media, spreading “continuously” negative news streams that are carefully dispensed, as it is highly important to their Control of people’s reality.

The Khazarian Mafia is waging secret wars against all people and all sovereign nations by the use of False-flag, Gladio-style terrorism. Through, the illegal and Unconstitutional Federal Reserve System and almost all central banking, they infiltrate and hijack all bank institutions using Babylonian Black-Magic, better known as Babylonian Money-Magic or the secret art of making money from nothing and using the power of malicious usury to accumulate interest.

Khazarians have put their importance on the all-out control over the world population, and possession of all resources on Earth for which trillions has been invested.

Gold, silver, and oil are the main goals, next to absolute control over oil supplies, water and fertile land that are preferred resources in need to further complete their agenda.

Anyone who is against, is being eliminated, as was the case with Hugo Chavez, the President of Venezuela, who deliberately was killed by being infected with cancer cells.

Wars are created and fought to get their hands on these massive raw resources; Iraq and Libya are two recent and clear-cut examples. The position is that no single country should own its resource wealth. Countries that are not served by the New World Order and stand up for their own sovereignty are struck down.

The Ukraine purposely became occupied by the ‘West’ for the same reason to gain access to the oil resources in Central Asia, but not only regarding oil resources, but also to control the pipeline routes. Since the one who controls the oil pipelines also has the control over all new future oil resources.

Which was also the reason for the initiated war in Syria, where Assad stood in the way to realise their pipeline plans coming from Afghanistan, to confiscate Syrian oil reserves, and to establish their Khazarian controlled central bank.

The Origin of the Khazars

Many readers have asked what the difference is between the real Jews, and the Jews who are in power. To explain this briefly and simply; The very powerful Khazars who have infiltrated and rule over many countries in the world, pretend to be Jews, calling themselves Zionists. However, a true Jew is not a Zionist.

The Khazars are a Turkish-Mongolian people, who in the 8th century embraced the Jewish faith, and thus infiltrated among the Jews. The real Jews are the Sephardic Jews, also Asian Jews, Mizrahi. These are the people who are the real Jews, there are also Ethiopian Jews who are black, they are called – Falasha.

Therefore not all Jews are real Jews. Faith does not create a nation, except for those who deliberately create it to benefit from it. The real Jews are wise people, on the contrary; the Khazars who are very corrupt and dishonest.

The Khazar mafia has altered most history books to hide their existence from a world made ignorant of the presence of their hidden hand. They have moved proverbial mountains to ensure that history was written by them so that they could remain unseen in the shadows behind the puppeteers.

Consequently, the people of the world would never know who their controllers were, or what they did.

A striking example from the Khazars’ existence is the fact that when the United States was at its most vulnerable, America’s staunchest ally intervened with their navy and saved America from a betrayal that would have destroyed it.

There would be no United States of America today if their best friend, Russia, had not saved their country. But thanks to Khazar lies, many Americans think that Russia is their enemy, while their so-called enemies are their best friends.

This is the ubiquitous Khazar deception, Black is White and White is Black, like Up is Down and Down is Up. It is the People’s Clown World we are witnessing now, which started a very long time ago. This is why the MSM almost never tells the truth, but spreads lies. 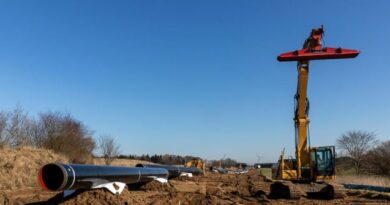