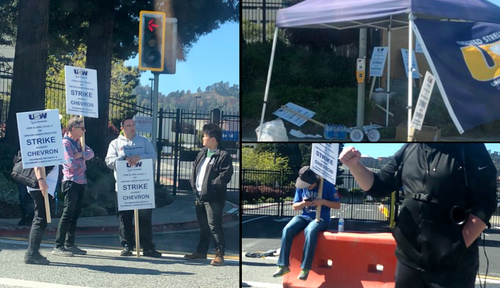 Hundreds of Chevron Corp. refinery workers in the San Francisco Bay Area went on strike Monday following a breakdown in talks between the oil major and the United Steelworkers (USW) union on a contract agreement.

At least 500 workers at a gasoline, diesel, jet fuel, and lubricating oils refinery owned by Chevron in the San Francisco Bay Area city of Richmond began striking at local time 12.01 am, the union said in a statement. According to AP News, this followed USW workers voting down a contract offer from Chevron and the company refusing to return to the bargaining table.

Refinery worker on the picket line sends this video of Chevron flaring hours after the strike began. pic.twitter.com/9bJw4exHZh

Chevron announced in a statement the strike has yet to affect operational capacity at the refinery.

“Chevron Richmond is fully prepared to continue normal operations to safely and reliably provide the products that consumers need. We anticipate no issues in maintaining a reliable supply of products to the market. Chevron remains committed to safe operations for our workers and communities.”

The heart of the problem is USW’s push to increase pay for workers by another 5%, on top of the national agreement to raise pay by 12%, purely based on the cost of living in the Bay Area is unbearable for blue-collar workers.

“The cost of living in the Bay Area, as any blue-collar worker knows, has gotten to the point that makes it hard to live,” USW Local 5 First Vice President B.K. White, told local news ABC7. “Our workers have to live 45 minutes to an hour out. We are just asking for a little bit of relief.”

He also said, “A cost of living increase for the Bay Area it’s not for us to get rich. Our medical, Kaiser, went up 23 percent this year and the company did not contribute another penny to it.”

A prolonged strike could impact refining capacity as Californians pay some of the highest gasoline prices in the country. Here’s what Americans are paying on average at the pump for regular gas.

Ken Medlock, director of the Center for Energy Studies at Rice University’s Baker Institute, told AP the refinery is likely running a skeleton crew during the strike. He doesn’t believe the strike would lead Chevron to shutter capacity or the facility as a whole.

Let’s hope USW and the company can resolve their differences quickly, or the largest refinery in California could experience output disruptions.

One Dead, 30 Injured After Car Rams Into Crowd Near Berlin Church 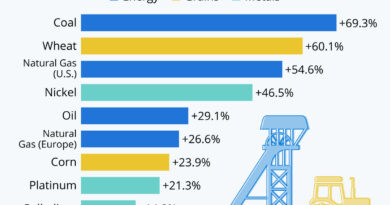 Do Over? Melvin Capital Considers Unwinding Fund Before Asking Investors To Reinvest